The impending 2022 World Cup in Qatar has already been surrounded by controversies stemming from the ridiculous summer heat that's sure to dehydrate players, to potential bribery money, to an insane amount of workers' deaths. Now, it's reported, that they plan on building a future city named Lusail to house the potential 450,000 incoming tourists/fans to the nation of just over two million citizens. That sounds pretty damned ambitious. Especially considering that they plan on going from this: 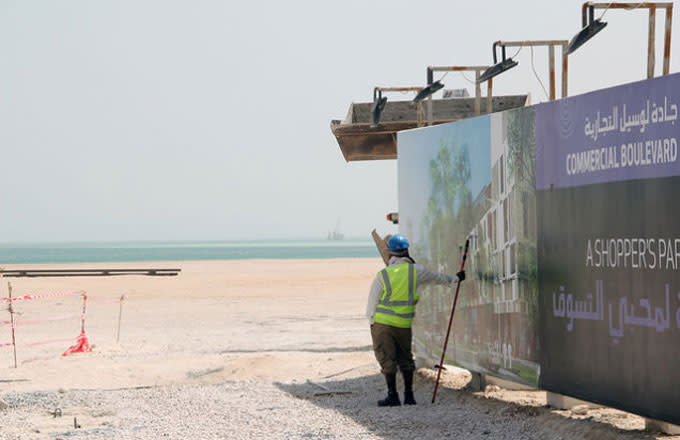 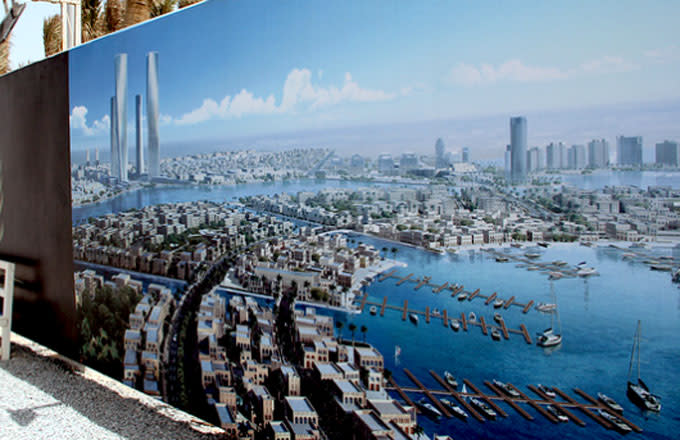 We don't mean to raise our eyebrows, but that'd be pretty ambitious to build in half a dozen years of SimCity. Lusail will reportedly cost $45 billion dollars (another thing we're raising our eyebrows at) and will feature "19 districts" along with two golf courses, four islands, an all giraffe zoo, a mall, two marinas, residential neighborhoods and its own hospital.

It'll also feature the solar-powered Lusail Iconic Stadium (pictured at the top of the page) that'll seat 86,000 fans while blocking out the sun via "manmade clouds." The clouds will cost $500,000 each, and will be propelled with solar-powered motors to prevent the stadium from leaving a "carbon footprint." It sounds cool if it'll work, but if one falls from the sky and crushes Ronaldo, shit's going to go viral in a hurry.

To say that this is overkill for a single month in 2022 is a lofty understatement comparable to Lusail itself. Qatar may think that this is going to keep them relevant long after the World Cup ends (that's an optimistic assumption, the other being that it's just a government drunk on its own power). But, they'd be wise to take a warning from what happened to Athens, or Sochi, or any other area that poured wasted a bunch of money on hosting an athletic mega-event only to see their investment take within months of the games' conclusion.