Michael Jordan is currently in Hong Kong to introduce Jordan Brand's new Global Wings initiative, which aims to provide education and mentorship to in-need youth worldwide. While some fans are having a hard time containing themselves around the G.O.A.T., sneakerheads are more concerned with what's on his feet. 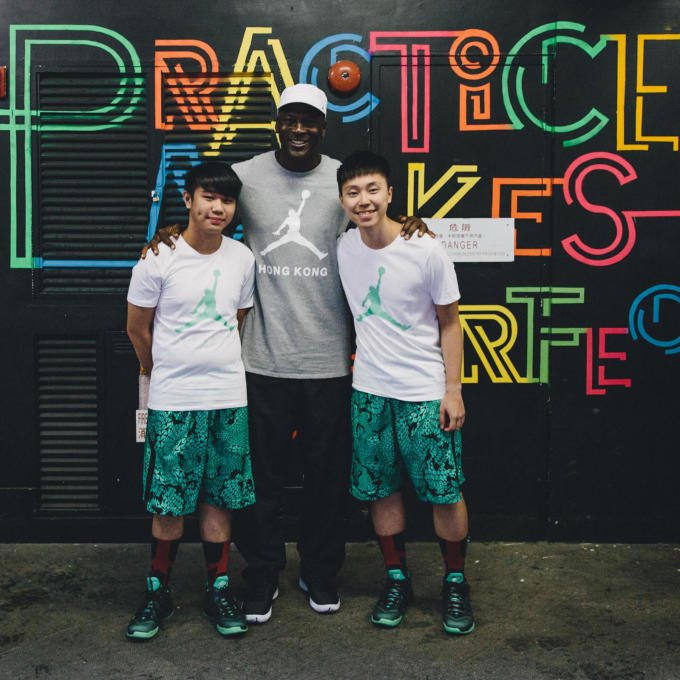