There was supposed to be an Air Jordan V release tomorrow on Nike Store, but it looks like that's not happening. According to a Nike Store representative, the "Space Jam" V will not be available on Nike.com, but will instead be an in-store-only release.

This isn't the first time that Nike has canceled an online Air Jordan drop. The "N7" 1s and VIIs, which were both supposed to come out earlier this week, were unexpectedly not sold online. But the biggest cancelation that enraged sneakerheads was the "Chicago" and "Pinnacle" Air Jordan 1 that came just a week ago. Many speculated that this was because Nike has been dealing with bot issues, making it unfair to the average consumer.

Expect the "Black/White" Air Jordan XXs to not release online, either.

Check out the conversations below: 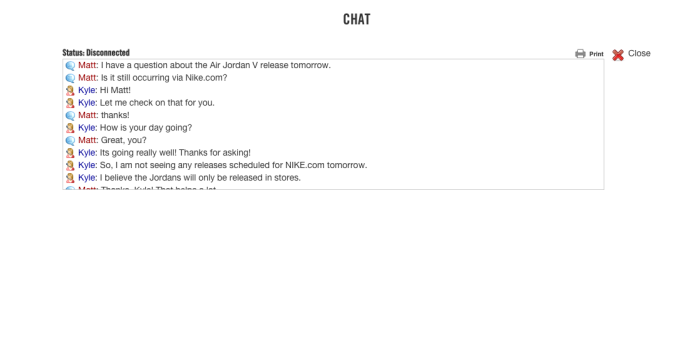