I didn't know what to expect when I headed down to adidas Originals' new pop-up space located on 138 Wooster St. in New York City. The German athletic and footwear brand had just launched its #miZXFLUX app — a program that allows users to upload virtually any image onto a pair of ZX Flux and buy them for $110 — in the U.S. after months of waiting following the international rollout. I was set to meet with Till Jagla, Category Director Customization of adidas, and I wasn't sure if the conversation was going to be about tech and the Internet — it is an app, after all — or if it would be a discussion about customized sneakers and their place within the larger so-called culture.

It turned out to be a bit of both.

Jagla greeted me at the door with black, pinrolled jeans and his own pair of mi ZX Fluxes on feet. "These were the first produced pair of the #miZXFLUX," he would later go on to tell me. It's been a short but highly anticipated journey as the idea of putting almost anything on a sneaker went from a concept to a reality. 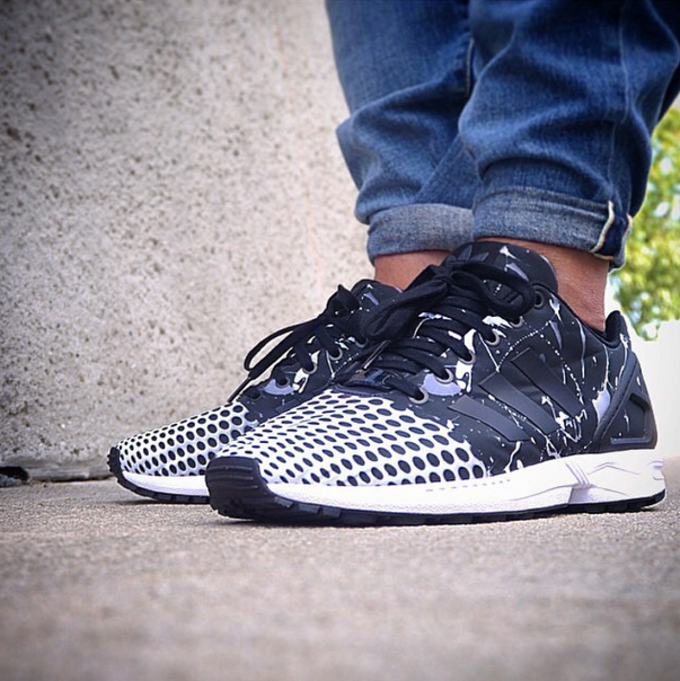 The adidas ZX Flux, the brand's updated version of the ZX 8000, launched at the beginning of 2014. It's been offered in a whole host of colorways, fabrications, and silhouettes, but the most popular have been the printed versions.

"Within the range we had some photo-print Fluxes, like New York and Berlin satellite prints. The prints received the strongest feedback and we hadn’t expected that," Jagla said. "We thought it would be a really wicked idea to let every consumer out there create their own photo-print shoe with their own images, their own graphics, illustrations, and pictures."

One would think that adidas had this in mind all along with the creation of the Flux, that it would be released in general-release editions and then become available for customization. But that's not the case. After the success of the printed sneakers, the brand had a meeting and, as Tagla recalls, "We went back to [adidas world headquarters in] Herzogenaurach and locked the doors for 70 hours it felt like, and created a plan and kicked it off."

Since then, the app has become a hit across the Internet. Over 19,000 designs have been shared across Instagram, according to Tagla, but it also took a while to get the app to the point where U.S. customers could purchase their creations. "Unfortunately it was based on some IT reasons," Jagla said, in reference to the delay in being able to buy the #miZXFLUX designs in the U.S. 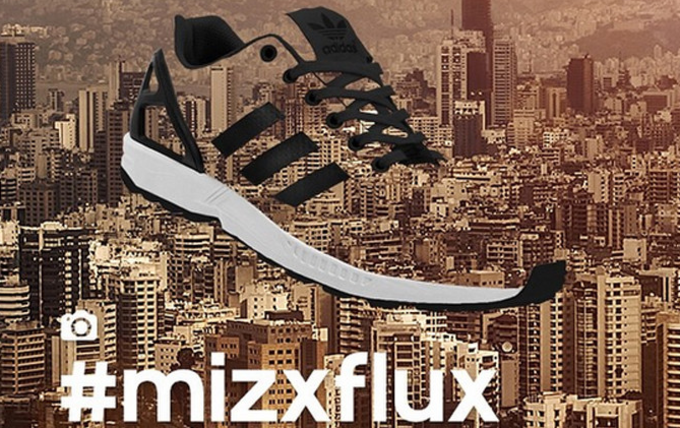 The appeal of #miZXFLUX is that it gives almost limitless options to those who choose to use it. There are, however, designs that can't be used. "You can do everything you'd like except other trademarks, sensitive content, and political stuff. You can't use anything that would harm adidas," Tagla said.

Fortunately, those in the sneaker scene have seen this app as a blessing rather than something they'd want to get over on. With that said, it still unnerved adidas that it had opened a Pandora's Box for what could be placed on a pair of shoes. "We were quite nervous when we launched the app," Tagla said. "We had in mind some people could mistreat the app or tool for any kind of wrong things. We check all the content which runs through the system, but it's really nice to see the community doesn't mistreat it." 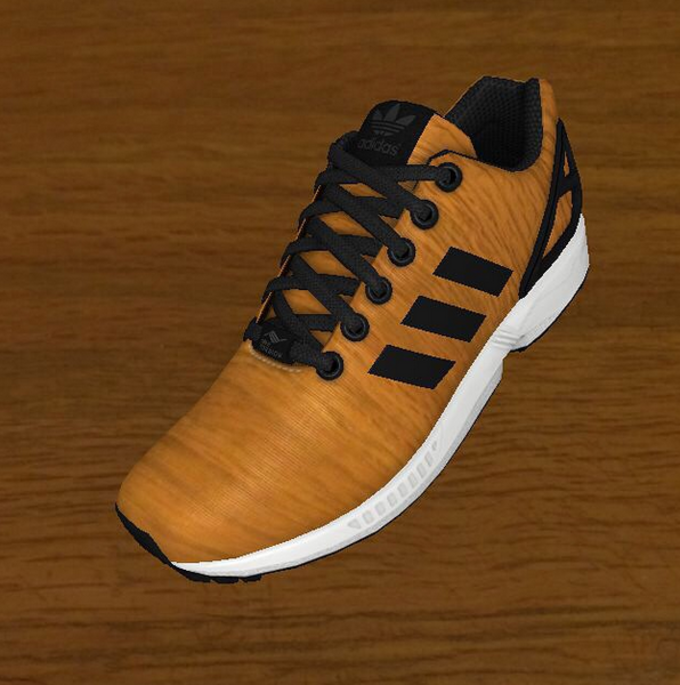 As of now, the program, as its name suggests, is limited to the ZX Flux. But adidas has plans to unleash it on other models, too. "We are discussing the idea of rolling out to other silhouettes and across categories like football, running, etc.," Jagla said. "We see a huge potential there, but so far it's an adidas Originals thing."

For those looking to make the perfect pair with #miZXFLUX, there aren't exactly guidelines, but some images transfer onto sneakers better than others. "The best outcomes so far are based on textures, patterns, surfaces, landscapes, and cityscapes," Jagla said. "This is what I would suggest, but at the end of the day we wanted to create the most personal sneaker."

So grab your phone, go out and explore, and find something that you'd want to wear, or just put away with the rest of your prized collection. You can download the #miZXFLUX app at the App Store, and it's available for both iPhone and Android users.