Will Smith and Kirsten Dunst recently received Golden Globe nominations for their stellar work in Concussion and Fargo respectively, but they also deserve major props for their catchphrase skills. During a segment for The Tonight Show Starring Jimmy Fallon, Smith teamed up with The Roots band leader Tariq while Dunst sided with Fallon in a battle of the witty clues.

Both actors were not only able to quickly guess the clues they received, they also dropped some awesome hints to help out their partners. Highlights include Dunst not knowing who or what a Saint West is and Will Smith dropping a Fresh Prince of Bell-Air reference. Watch the hilarity ensue in the above clip. 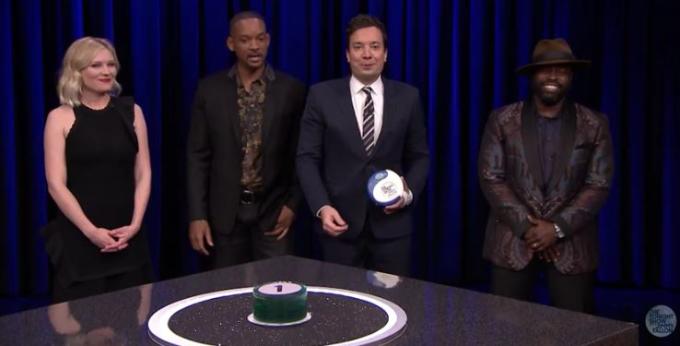