Remember that whole #BabyHitler nonsense that helped last week close out on a remarkably low note? For that matter, remember Tila Tequila? There are no wrong answers to these questions, though everyone can certainly agree that a collision of the two can only warrant bad very bad things, particularly on Instagram. Before we really dive into this one, it's worth noting that Tila's 'gram often includes glaring moments of absurdity such as this: 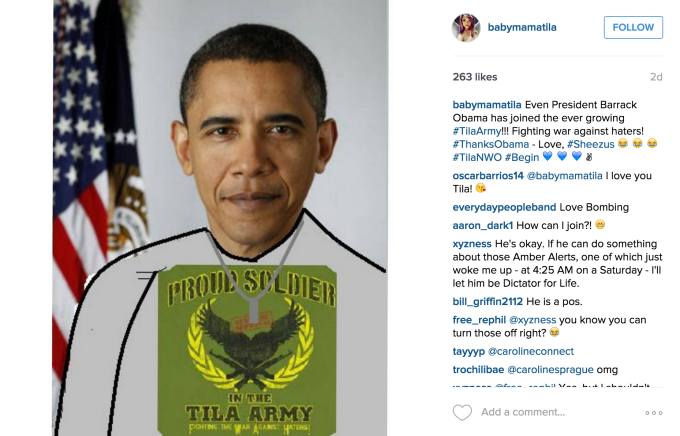 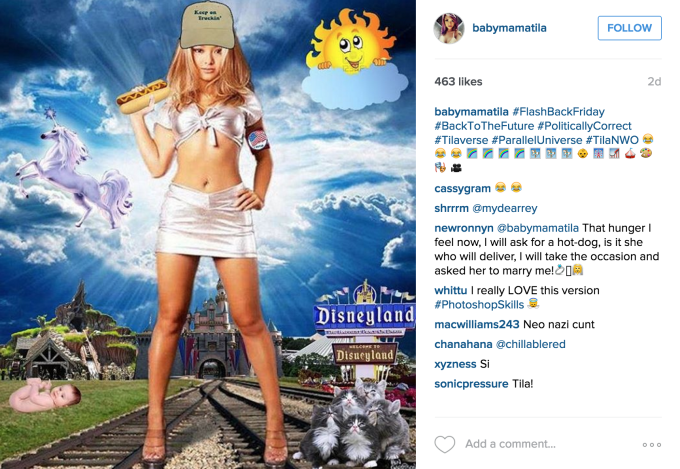 It's also worth noting that, as true Tila heads already know, this entry in the Tila Tequila timeline of nonsense isn't the first Nazi-related hiccup. Just two short years ago, Tila donned a Nazi uniform and happily declared Adolf Hitler a "sweet kid." Right on schedule, we now have Tila's equally Nazi-centered follow-up: 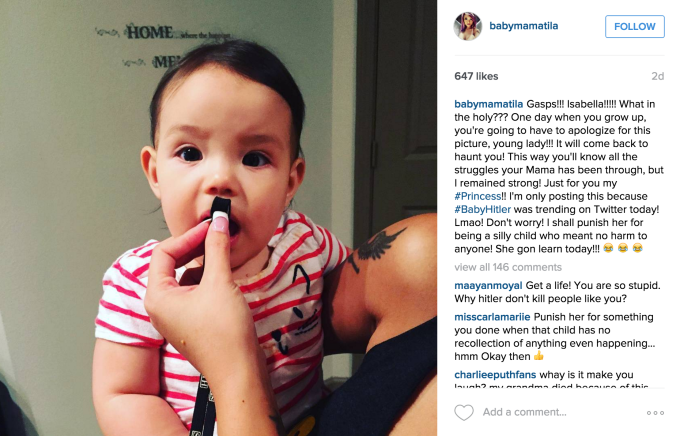 Feel free to take a break, allowing yourself to scream freely into the abyss of western civilization before arriving at the conclusion that, as stated by noted experts time and time again, the prophecy of that gigantic devil rat is most certainly upon us: The world is ending.