Kim Davis, who might soon return to jail for violating a judge's order that she continue to issue marriage licenses in Rowan County, Kentucky, is an object of scorn for many. Her backwards notions when it comes to marriage equality have placed her permanently in the public eye—and not in a good way. We already have a few hilarious parody Twitter accounts mocking Davis, but the most recent development in Davis-hate comes via Android app, The Daily Dot reports.

Condemn Kim, a new android game from Endless Spiral, LLC, lets users throw marriage licenses at an animated Davis as she runs back and forth behind her clerk's counter. Each time you hit her with a license, she turns red and cringes. Hit her with enough licenses and she goes to jail (So realistic!). If you earn enough credits, you can purchase other things to throw at Davis: A shoe, a tomato, the rainbow LGBTQ flag. You can also throw a divorce her way, which is a not-so-veiled reference to her own series of divorces. 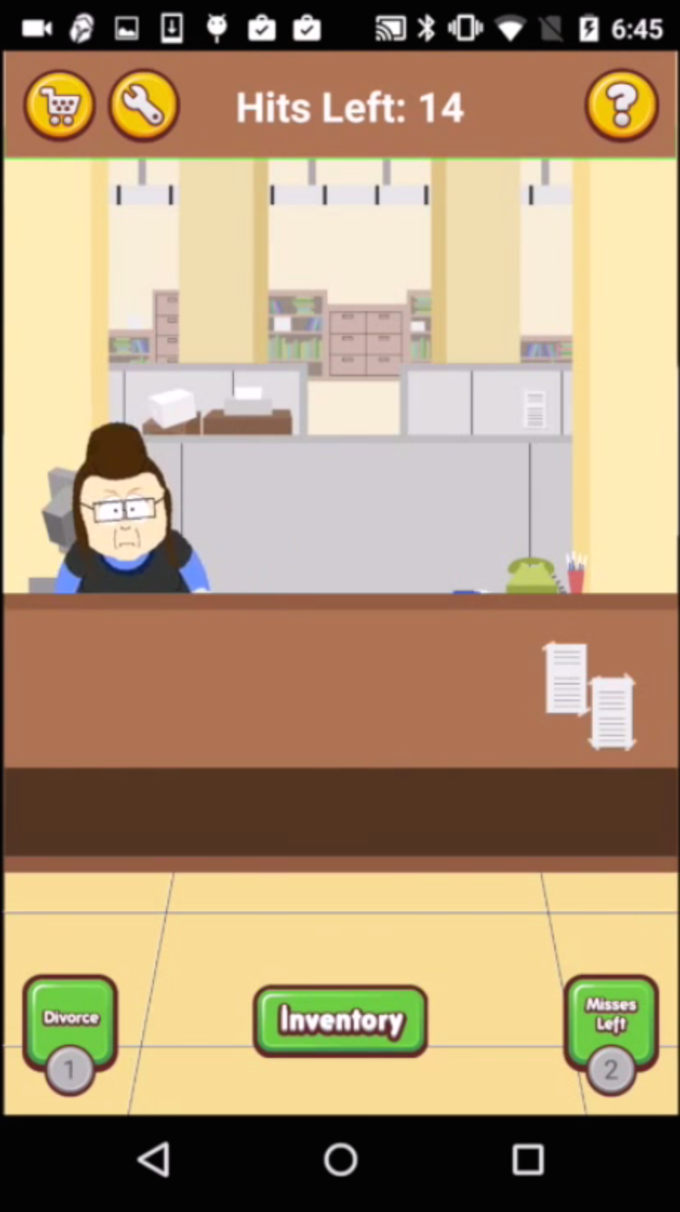 Although the game doesn't explicitly say that these licenses are filed by same-sex couples, it's pretty much implied. The game's developers, who describe their creation as a "battle against bigotry," will donate 50 percent of all proceeds from the app to LGBT charities. Davis has yet to comment on the app, but if she's anything like her cartoon version, she won't be a fan.

LGBT Group Burns Kim Davis With Billboard in her Hometown