Likely sensing that Donald "Troll Me Harder" Trump was nearing peak troll, thus canceling out her own troll-centered legacy, former Saturday Night Live punch line Sarah Palin has spoken out on the somehow-still-active Confederate flag debate. To recap — racist symbol is nationally questioned following domestic terrorist Dylann Roof's white-supremacy-inspired massacre at a church in Charleston, then promptly removed across much of the South, inspiring shirtless truck-driving Nazi sympathizers to attach said flag to their respective vehicles so they could violently interrupt children's birthday parties while screaming racial slurs and threatening to murder everyone, only to later claim "heritage not hate" like the sociopathic imbeciles they so clearly are.

Though no one asked for it, Palin has offered her own thesis on the debate by comparing the Nazi backup flag to the symbol of one of our nation's most progressive organizations — Planned Parenthood. Simply because it's too early in the morning to retype something so abysmally stupid, I'll just show you Palin's Facebook post: 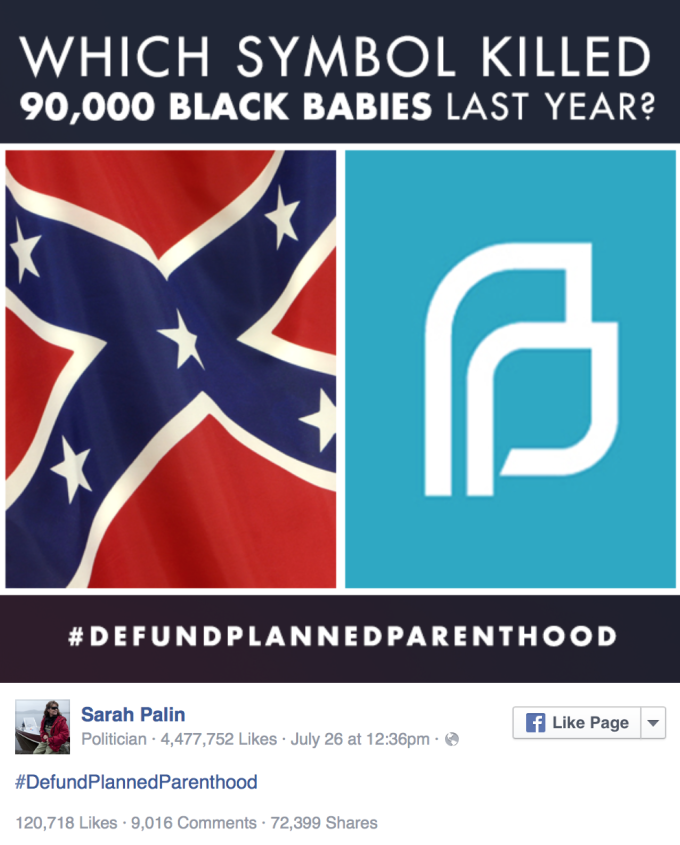 This is the part of the post where I give you a moment to gather your thoughts, before implying but not necessarily encouraging you to bombard Palin's respective social media pages with little blasts of truth — though such truth might be alone among comments like this:

Thankfully, a few champions of intellect have started popping up — meaning not all hope is lost in the long and exhausting battle against trolliticians such as Palin, Trump, et al: 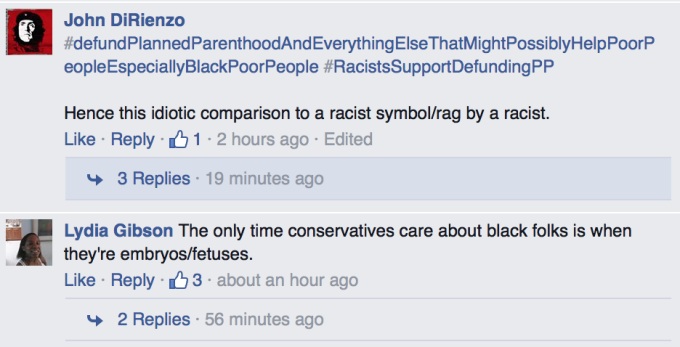 As a wise person once said, smdh.