Sections of the eastern block of the Mall of America were shut down while #BlackLivesMatter protesters flooded the rotunda. With signs and chants referencing Tamir Rice (the 12-year-old who was shot by police in Cleveland), Eric Garner (the man who died in a police chokehold in New York City), and the prosecutor who represented Darren Wilson for the shooting of Michael Brown, they disrupted last minute Christmas shoppers.

After taking over the rotunda for six minutes, the loud speaker announced, "This demonstration is not authorized and is in clear violation of Mall of America policy..."

The police were prepared for a protest inside the mall, after organizers refused to use the parking lot. Protestors were previously warned that anyone attending the protest could be subject to a one-year ban from the mall. Once the protesters spilled into the mall, stores near the Christmas tree were ordered closed by mall security for an hour and a half. Protesters were separated by police who decked the halls with riot gear.

One woman, Mary from St. Paul, told the Minneapolis City Paper that she was stuck in Barnes and Noble for a half hour during the protest. "I don't really know what they're hoping to prove by this," Mary told the reporter. "There's a lot people out here, a lot of young kids, a lot of families just trying to do their Christmas shopping and it's just not fair." She did note that Starbucks gave her free coffee to continue shopping, however.

Some protesters went to the second and third floors after police ushered out the mass in the rotunda, and they continued to march and keep doors closed by their presence. After an hour, organizers of the protest asked everyone remaining to leave peacefully.

4 great photos from the Mall of America protest. pic.twitter.com/VGfdaoOqOk

The below photos come from Stuff About Minneapolis, a photoblog by local photographer Paul Merrill. 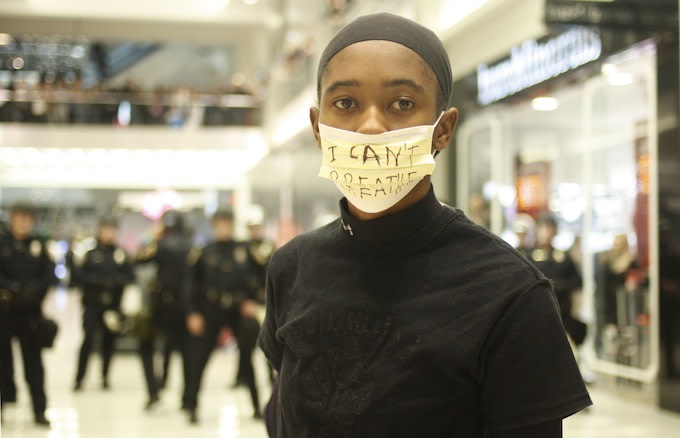 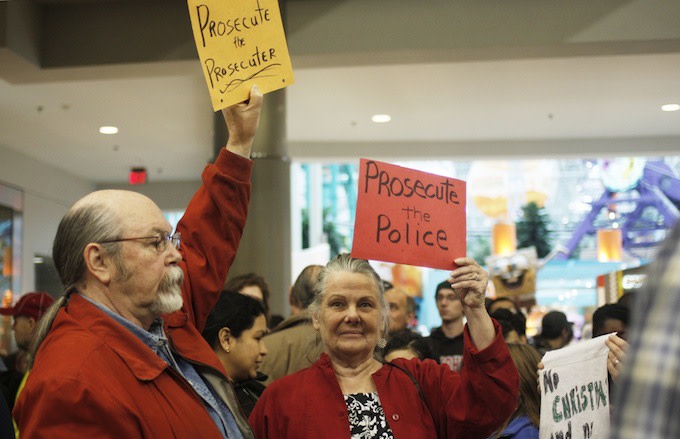 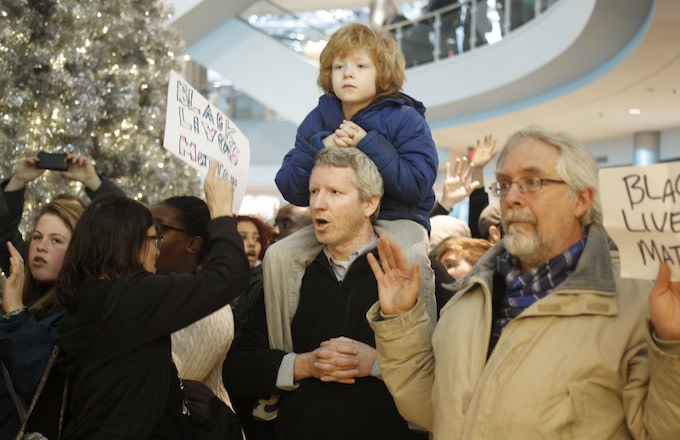 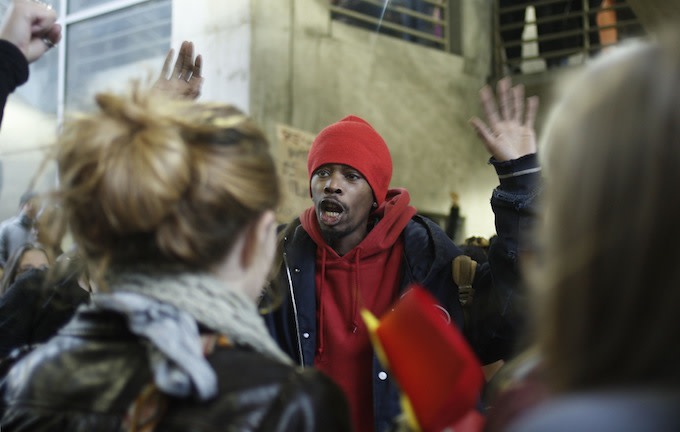