It’s hard to feel bad for people who don’t understand the Internet. There’s the guy who posts old viral videos as if they’re undiscovered artifacts. There’s the thirsty crush who retweets too much. There’s the mom who writes “hashtag cute” on Instagram posts. The self-loathing troll. And then there’s the girl who’s only goal in life is to get more “likes” “follows” and “friends.” Enter Eliza Doolie, the obnoxious, social media-addicted lead character in ABC’s new comedy “Selfie.”

This awkward moment is an example of our tendency to overvalue and over trust what we read on the Internet and how we use that 'knowledge' to justify or enable our bad behavior.

Starring Karen Gillan (Guardians of the Galaxy, Doctor Who), Selfie is a twenty-first century take on the Pygmalion story set in a glossy New York where elevator doormen and Soul Cycle classes are necessities, not privileges. Eliza is a “vapid, despised, social media-obsessed narcissist,” who enlists Henry, a coworker at the pharmaceutical company she works at, to reinvent her image after she suffers a particularly embarrassing incident involving vomit, bare legs, and Louboutins on an airplane.

The fiasco goes viral and Eliza is forced to realize that having “friends” on the Internet is not the same as having friends IRL. Henry, played by John Cho (Star Trek), is so disgusted by Eliza’s addiction to the Internet and her “hot mess” attitude, that he initially refuses to help her, but caves because what man can resist a woman who barges into his office and says, “I know you don’t like me. But if you don’t like me, change me.” 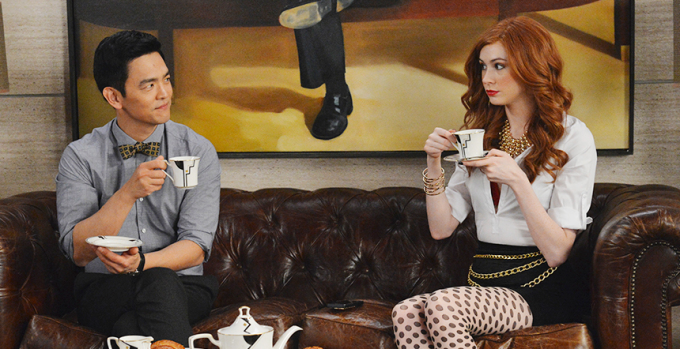 While Eliza and Henry may both have love-hate relationships with the Internet and social media, Selfie producer and writer Emily Kapnek clearly does not. The premiere episode is rife with choice, hashtag-able quotes and oneliners that are often deftly injected into the script as asides. #TheStruggle, “I just needed to gif my way through that,” subtle 90s nostalgia references, Grindr’s remorse, “I get super horny when I travel and that’s not my fault, that’s science” and “I get all my news from Buzzfeed,” are all relevant quips that today’s web-obsessed youth will relate to. There’s also this particularly funny observation made by Eliza during her pitch to Henry: “People used to hate me because I was butt, but I’m not butt anymore.” (#notbutt)

Kapnek is also keenly aware of the way the Internet strips away at our basic human abilities to empathize and communicate with one another. When Henry asks Eliza what she’s most confused by, she puts plus-sized skinny jeans on blast, because “why would you?” There’s also the scene in which Henry is congratulated by the company boss for successfully rebranding a nasal spray that was taken off the market for causing “satanic hallucinations.”

His male boss congratulates him by kissing him on the mouth because he “read an article that says Asian men are more comfortable kissing on the mouth.” They’re not, Henry explains. This awkward moment is an example of our tendency to overvalue and over trust what we read on the Internet and how we use that “knowledge” to justify or enable our bad behavior. The boss promises to forward the article to Henry later just so he knows he’s telling the truth, whatever that means.

The most entertaining scenes are those featuring Eliza’s frenemy neighbor Bryn (Allyn Rachel) who, with her DIY top knots, non-prescription prescription glasses, cross body bags, chevron stripes, and nail art, is the ultimate non-hipster hipster. She’s a perfect foil for Eliza, and when she and her book club offer to give her a “makeunder” for a wedding, they burst into a painfully horrible ukulele version of Lady Gaga’s “Bad Romance” that’s hard to hate. 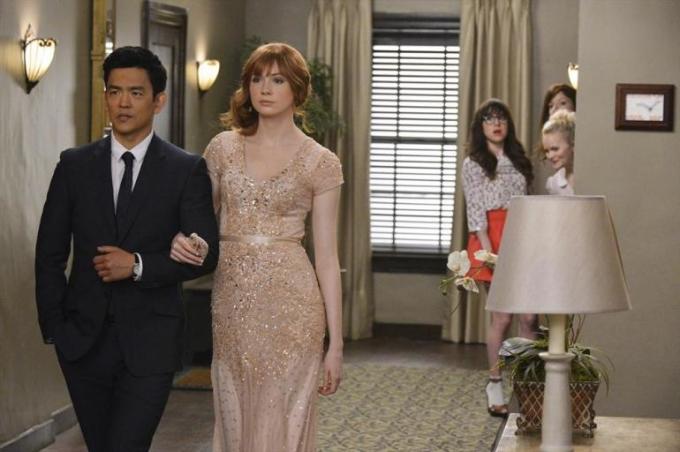 Where the show falls short are the scenes in which Eliza’s supposed obsession with the Internet appears to be flawed. For example, she Internet stalks Henry, but doesn’t bother to do so before hooking up with a coworker who she later finds out is married. Also, how do you teach someone to get off the Internet, and what’s the difference between changing someone’s image versus making someone a better person? These are tougher questions that the show might not be able to address if it stays too committed to cheap gags.

At the end of the premiere it’s unclear whether or not the show plans to illustrate that the Internet is indeed a powerful tool that if used correctly can spark important discussions about class, race, gender, and much more. Selfie certainly has the potential to offer viewers a deeper look inside what social media can and can’t do for the individual and society at large, but for now it’s just good place for a few decent LOLs.

Lauretta Charlton is Associate Editor at Complex. She's an occasional oversharer at @laurettaland.