I don't know a whole hell of a lot about the WWE.

Not WWE games, I've loved wrestling games for as long as I can remember, but the actual drama and narrative of the WWE Universe is lost on me. Which is why I'm looking forward to getting my hands on the final build of WWE 2K15 as the fiction of the WWE is so massively central to 2K15.

2K obtained the rights to the WWE franchise last year after former THQ’s bankruptcy and subsequent liquidation which means that WWE 2K15 was a nearly rising loaf before 2K got thier hands on the assets. 2K15 may have the the 2K name attached, but it's still not an entirely 2K product as developer Yuke’s had already done a good deal of creating the game under THQ. NBA 2K developer Visual Concepts brought some welcome additions to WWE 2K15 and has created a game that will comfortably fit alongside 2K's stable of sports properties. I got to play a pre-release version of 2K15 during this past weekend's Summer Slam event and I can roundly assure you, that this is proudly a next-gen title. 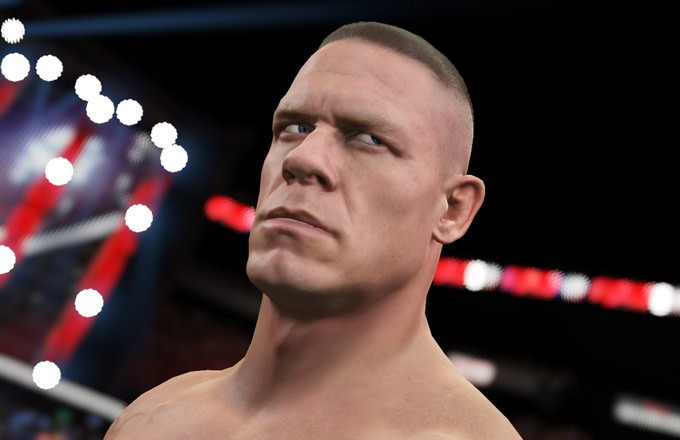 Immediately the game impresses upon players that this is as close to graphic perfection as any wrestling game has come close to achieving. Thanks to some of the most impressive HD motion capture available, 2K has created a game where Jon Cena's cheekbones are rendered sharp enough to slice ham and Randy Orton's glowering sneer was enough to have 911 on speed dial. It's very, very clear that 2K is grooming WWE 2K to stand alongside NBA 2K and NHL 2K as a high-end thoroughbred franchise. The biggest way 2K hopes to achieve this is with a (sadly unplayable) career mode. The demo I played was impressive, but barely scratched the surface of what the game will be offering this October. 2K did give us a run-down of the career mode and players can expect to create a wrestler from scratch and climb the ranks from training in Florida to development in NXT to low-tier matches on RAW and SmackDown to the long road of becoming a legend. While all of that sounds awesome enough, we still have to wait till October to see how it performs.

One of the two biggest departure from the last WWE release is the Chain Wrestling system, a rock-paper-scissors mini-game that attempts to capture the grapples, headlocks, and defensive probing that takes place at the top of matches. The winner of the mini-game is decided by which button a player decides to randomly tap during the lock-up. The triangle, square, and circle button are all programmed to out perform one another at random and thus a winner is decided. This flows directly into a shorter, secondary mini-game which has players finding a particular sweet spot on the analog stick before your opponent and hold it there until the next grip is locked into place. It seemed far more random than I'd like to admit, but was fun all the same. The second biggest departure from 2K14 is WWE 2K15’s is 2K Showcase, a single-player story mode that diverges into two separate narrative arcs. One arc allows players to experience the story lines that follow the 2011 John Cena and CM Punk rivalry while the the other follows the Shawn Michaels and Triple-H rivalry during the Micahael's return to the WWE. 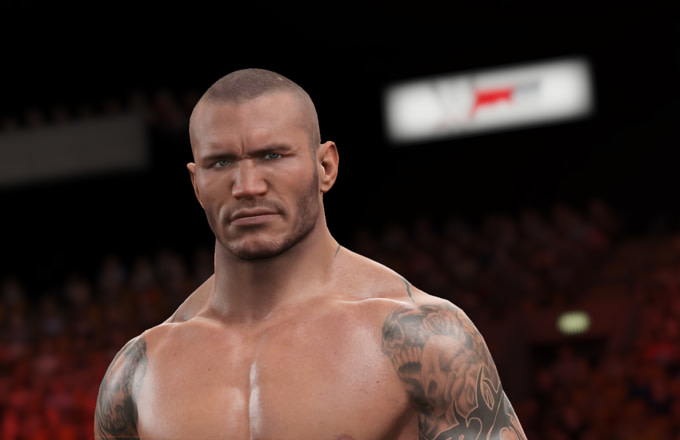 My biggest criticism of this still-in-development title is firmly aimed at the incorporation of a stamina bar. This issue that all took with the stamina meter is that when you're finally ready to lay down your match-ending finishing move the stamina meter won't let you pull it off. Players need at least half of a stamina bar's worth of juice to perform your money shot. When you take into consideration that every regular strike, grapple, counter, depletes your stamina it was a huge pain in the ass to have a special ready to go and no way to execute it. Even running depletes the stamina bar. Most of us playing the demo were pretty annoyed at this new feature and we can only hope that 2K will make it optional and able to be turned off. If WWE is going to stand alongside 2K's other sports simulators, the need to remember to not make this too realistic, this is the WWE after all and realism is only welcome up to a point. 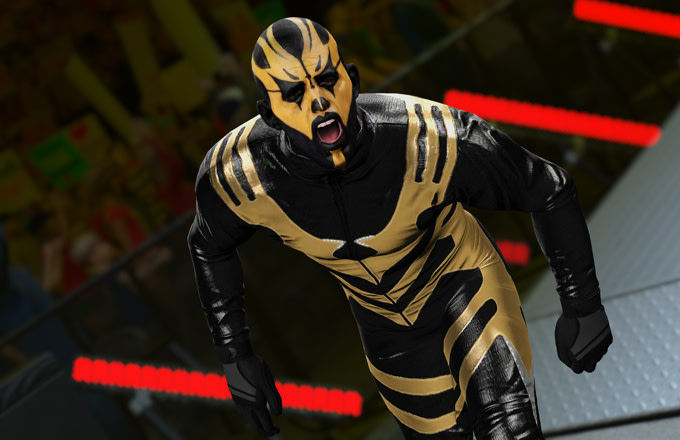 My issues with the stamina bar aside, WWE 2K15 is a hugely promising game. The early build demo of the game lends itself to good-natured shit-talking and is a massive step toward providing fans with an annualized franchise from a publisher with the pedigree of 2K Games. There are still a few months left before the October release of the title so it's still unclear what final polishes will make it into the game, but the potential is fully present.