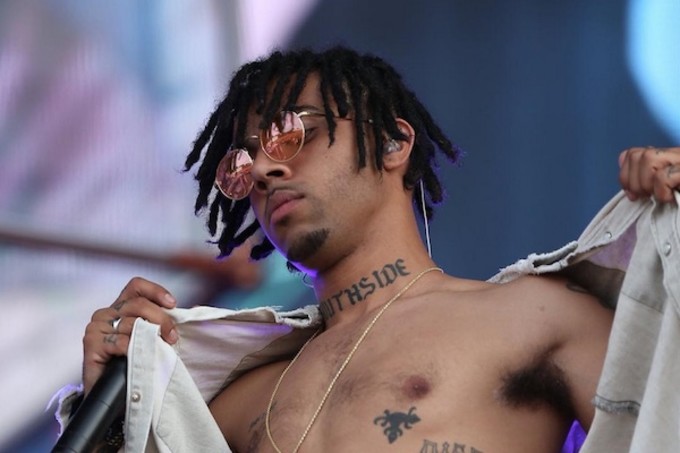 Vic Mensa put on a fiery performance at Lollapalooza this weekend, a politically charged set that saw him perform with riot gear-wearing female background dancers, two of whom were married on stage by drag queen Lucy Stoole. Mensa’s set was also something else musically, as he took the opportunity to debut two new tracks.

One track, like the set design, seemed to address recent tensions between the black community and law enforcement, and included lyrics like, “I know that this shit get dark, but when it feels the farthest, sometimes it really be the closest.” The other song featured Joey Purp, and it was a version of the freestyle the two performed on Sway In The Morning last week.

Watch both performances below.