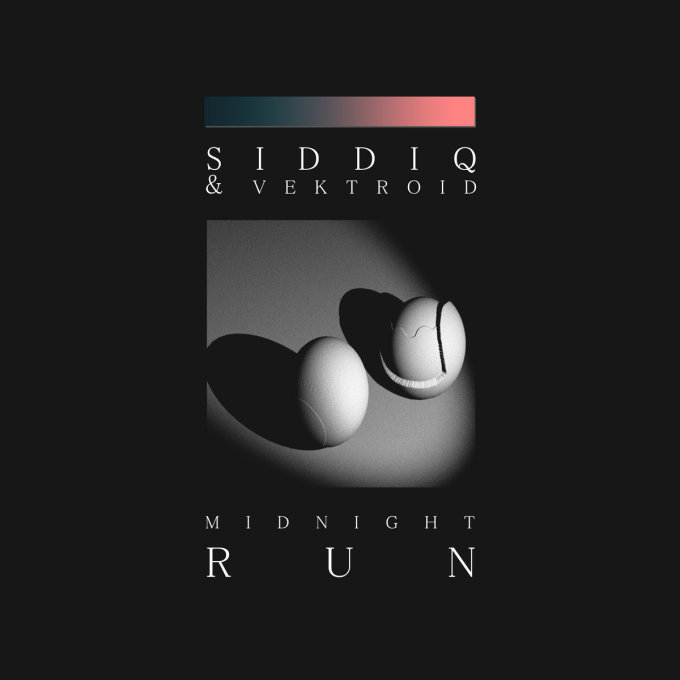 Legendary Portland-based producer Vektroid, better known as the artist behind the legendary vaporwave release Floral Shoppe, has been keeping busy as of late. Expanding her horizons as a producer and moving far past the vaporwave tags, Vektroid has spent 2016 releasing a series of experimental albums that explore just how fantastic of a producer she really is. Her latest project, is her furthest departure yet, teaming up with Houston-based rapper Siddiq for a full-length collaboration album, Midnight Run.

Featuring a number of elements from her previous releases, the album shoots off in a number of different directions with some insane production and rapping that really stands out atop it. Siddiq’s rapping might be relatively straight-forward compared to some of the production turns, but it works well, blurring the lines between the avant-garde and accessibility. It’s definitely an ambitious project, but that ambition results in an exciting listen from start to finish.

The definite highlight here upon first listen is perhaps the title track “Midnight Run,” or the glorious opening track “Overture.” It might be a lot to digest for some listeners, but there’s no denying that it’s one of the most unique rap projects of the year so far.

Listen to the album in full below, and purchase it here.