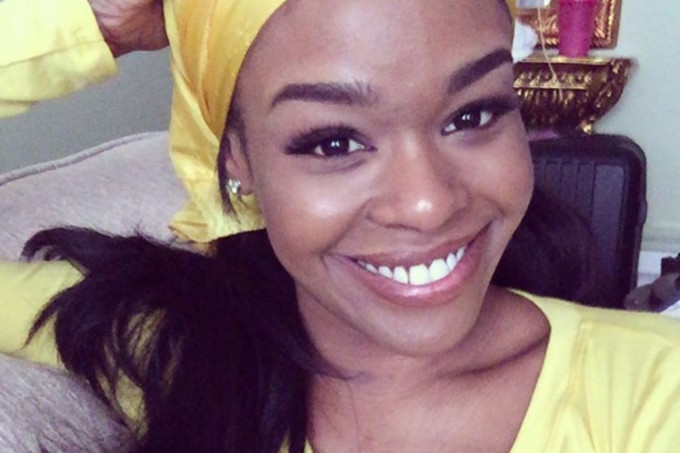 Following recent comments about not wanting to be a rapper anymore, Azealia Banks has taken to Facebook to speak out about Taylor Swift and Lady Gaga allegedly copying her. In the first of a series posts from last night starting with “FUN FACT,” Azealia says she created her own genre of music called “Witch-Hop.” Posting in third person, she explained, “Coined by the success of 2012’s Fantasea Mixtape, Azealia considers her music to be inspired by the invisible world.”

She continued, “3 days after ‘Witch-Hop’ was declared by Azealia Banks to be a legitimate genre, Lady Gaga (also a fan of Azealia Banks) suspiciously titled her then upcoming studio album, Artpop.” She then followed up the post by calling out Taylor Swift’s use of SLAY-Z as a name for one of the characters featured in the “Bad Blood” video, saying, “SLAY-Z is a nickname given to Azealia Banks by one of her fans in 2014. A play on the Z in Banks’ name, and her propensity to release consistently awesome music, the nickname was lifted from her twitter account and featured as one of the characters in Taylor Swift’s “Bad Blood” video.

She then posted one final update, in which she said she’s “The most widely criticized and widely ignored artist of all time.” The post continues, “While her equally controversial male peers are given an excess of room and public forgiveness to express themselves, (be it through drug trafficking, gun violence, misogyny, domestic violence, homophobia etc,) Azealia Banks has been demonized by the public at large for simply… tweeting. Opponents of Banks often cite her ‘bad attitude’ as the reason for their avid disdain towards her.”

“As evidenced by the excess of meta-data tagged to search query: ‘AZEALIA BANKS’, Azealia’s opponents have single-handedly contributed to a global, real time exposure of her personal agenda(s) via the cyber world. Azealia’s agenda is rooted in her metaphysical philosophies of duality, gender dynamics, race, time, space, and individuality.” Earlier this year Azealia Banks was banned from Twitter and dropped from a number of festivals for racist and homophobic remarks regarding Zayn Malik, which she has since apologized for.