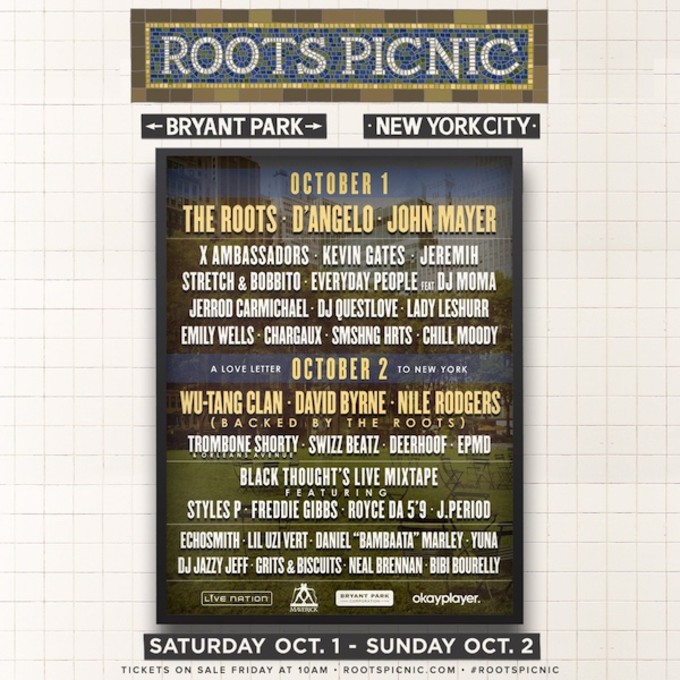 The Roots have hosted the Roots Picnic in Philadelphia for years now, and this past weekend’s installment featured Future, Metro Boomin, Migos, and a bunch of others. Now, it looks like the event is ready to expand, as it was announced today that there will be a New York City edition picnic (at Bryant Park) on October 1 and 2.

The lineup is set to include (aside from The Roots themselves, of course) D’Angelo, John Mayer, Lil Uzi Vert, Kevin Gates, Jeremih, David Byrne, Nile Rodgers, and Wu-Tang Clan, the latter three of whom will be backed by The Roots. Tickets go on sale this Friday at 10 a.m. at rootspicnic.com.

To make the announcement, Questlove and Black Thought made a freestyle rap video with Questlove making a beat by hitting the table and Questlove describing each of the scheduled performers. Check it out below, and peep the full lineup above.