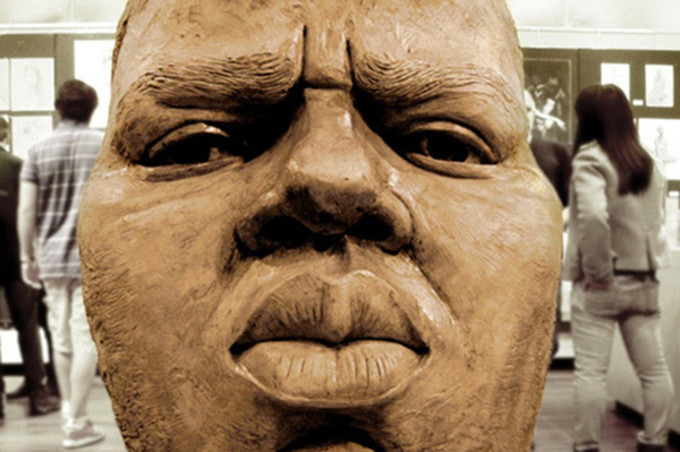 Organizers of the Hip Hop Hall Of Fame Museum in New York City have started a crowd-funding campaign to bring a statue of Notorious B.I.G. to the city to memorialize the legendary rapper. An amazing six foot sculpture has been created by Tanda Francis and was shown at a recent gallery (photos/video seen above and below).

To turn it into a statue, the sculpture will still need to be bronzed and approved by City Council and the community board, which is where the $35,000 GoFundMe campaign comes into play. If approved and funded, the memorial will be placed at Putnam Triangle Plaza in Clinton Hill, near the Bedford-Stuyvesant neighborhood where Biggie was raised.

“Biggie represents the pride of Brooklyn. He’s our own,” Dennis Mathis of the Christopher Wallace Foundation told NY1 News. “So I think we do murals — that’s cool — but one day they’re gonna paint over those depending on what the landlord of the building is but if you put a sculpture, then that’s permanent and it’s not just to memorialize him but economically what it does to the area.”