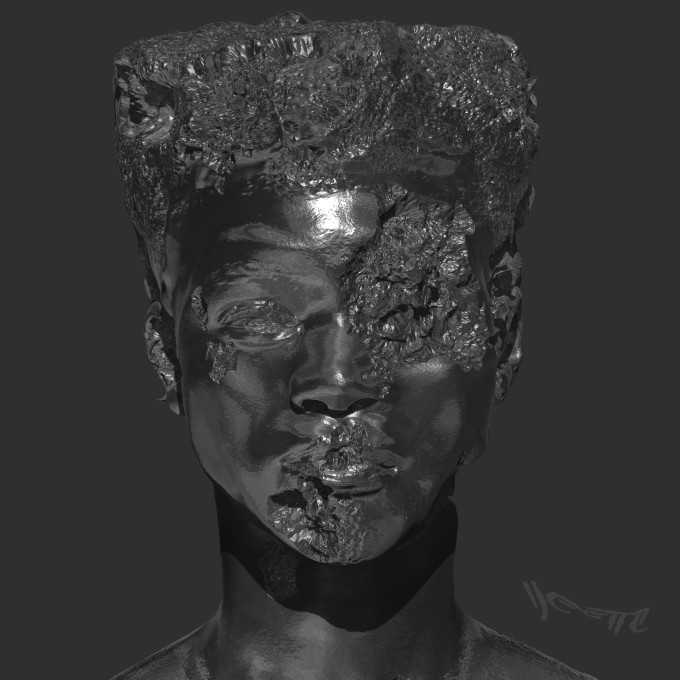 Krash is a producer from London who has created his own unique sonic world on his new EP Young. It’s a dark and often intimidating place, but one with moments of beauty as a bright melody flashes across the pounding drums and distorted basslines. “I wanted to make a project that meant something to me, not just a random selection of beats,” Krash tells us. “Each track is inspired by a personal life experience and expresses the different stages of my growth.”

For the artwork, Krash teamed up with his brother to create memorable 3D imagery of himself, and they also worked on some impressively disorientating videos together, which are coming soon. Listen to the Young EP here, and read an interview with Krash below.

Can you give us a bit of background on who you are, where you’re from, and how long you’ve been making music?
My name is Krash and I’m a producer from North West London. I’ve been making music since I was about 15, just in my bedroom. I would make loads of beats for fun and just keep them on my computer. I never really took it seriously. I started out doing videos for people and used that as an avenue to push my music. I would score videos using my tracks and sometimes give tracks to friends for their projects etc. Fast-forward to today I’m releasing Young where I fuse both my film and musical backgrounds.

How did you approach this EP? What inspired it?
I wanted to make a project that meant something to me, not just a random selection of beats. Each track is inspired by a personal life experience and expresses the different stages of my growth. I’ve never done any drugs before, so on “DRUG VIRGIN” I envision what a bad trip would sound like. “WTF” is an expression of how messed up the world is. “KISS THE CROWN” is my fuck you song to anyone who ever doubted me. I chose beats that evoked a specific emotion or memory and built the project around that idea.

Growing up in London mostly around shitty weather, seeing little green land, and being surrounded by grey skies inspired the dark undertone present in the EP. It was put together mostly during the winter of last year. I wore pretty much the same outfit that whole season. Black jeans and a big hoodie.

It’s heavy synths and progressive melodies put against hard drums and heavy bass. There always needs to be a climax or an exciting factor there for me.

The artwork and forthcoming visuals for this EP are really memorable. Who’s behind them and what was the concept?
I created all of the artwork myself along with the visuals. My awesome little brother helped me with shooting the videos also, so just us two. I made an effort to push every visual aspect to help tell a story. The front cover is a 3D scan of my head, which I restructured to look younger. The 3D imagery used in the rest of the cover art is a younger self-replicated in different shapes and movements. Adolescent black kids in hoods fluidly moving and changing forms freely. It’s an expression of me, and my mind set. Having an open thought process and being free in my endeavors. The artwork corresponds also with each track having a slightly different vibe or feeling. The same ethos is carried through the visuals.

Does London inspire you? How does living in London affect the music you make? Do you think it’s a good place for artists to live?
London has definitely inspired me. Growing up around people from different cultures and listening to different genres has allowed me to have an open mind. It’s also influenced my sound a bit. The atmosphere of the city and the cold ambience inspires the sinister and industrial thought process in my music. If I lived on a beach with sunny weather everyday I would probably make happier songs. Living in London allows me to focus. Everyone seems to be locked up in their houses unless the sun is out which is a rare case. Travelling also allows me to stay inspired; I think if I stayed in London I think I’d go crazy, it’s good to keep a balance. 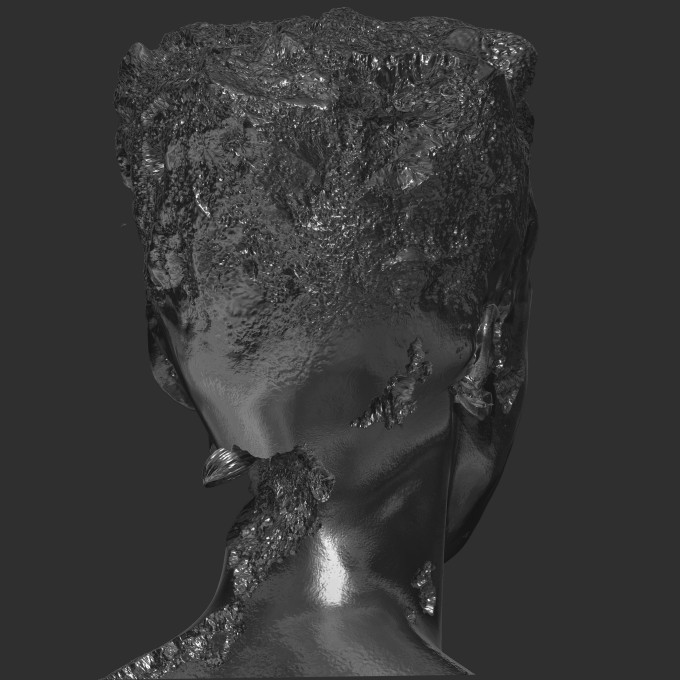