When Kanye West announced that he’d be performing at Webster Hall last night, fans went crazy waiting him to show up. With fans climbing anything they could to catch a glimpse of Kanye, who only showed up in passing as he hung out the sunroof of his car in the early hours of the morning. Security announced at 2 a.m. that there wouldn’t be a show, but fans stuck around even after Kanye was forced to leave the scene at 3 a.m., despite Kim announcing that there would definitely not be a performance.

With fans climbing cars and chanting “YEEZUS” at the top of their lungs, it seemed inevitable that some damage would be caused from the “near-riot” conditions in the overcrowded streets. New York Post talked to Michael Gomez, a 55-year-old East Village resident who woke up to find both of his cars damaged. Among dozens of other cars with dents, he came across his car, telling NY Post, “I’m never going to park here again. It’s ridiculous. This is going to cost me thousands and thousands of dollars.”

Living just a few blocks from the venue, his Chrysler Pacifica truck and Chevy Impala had received large dents, a myriad of prints, and cracks in the windshields. “They’re animals,” he told NY Post. “There’s no reason for this. I’m embarrassed to drive my cars now. I’m in a total state of shock. I can’t believe how cruel people can be and destroy other people’s property. All over a stupid rap artist.” More than 2,000 people crammed into the streets following Kanye’s tweet at 1 a.m. in the morning, despite Webster Hall’s modest 2,500 capacity. 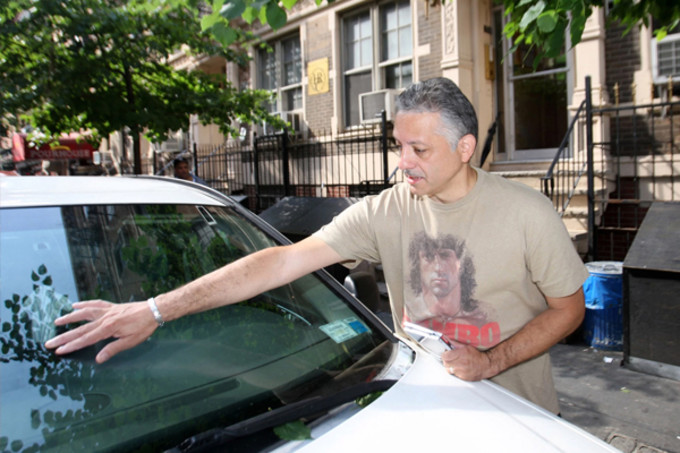