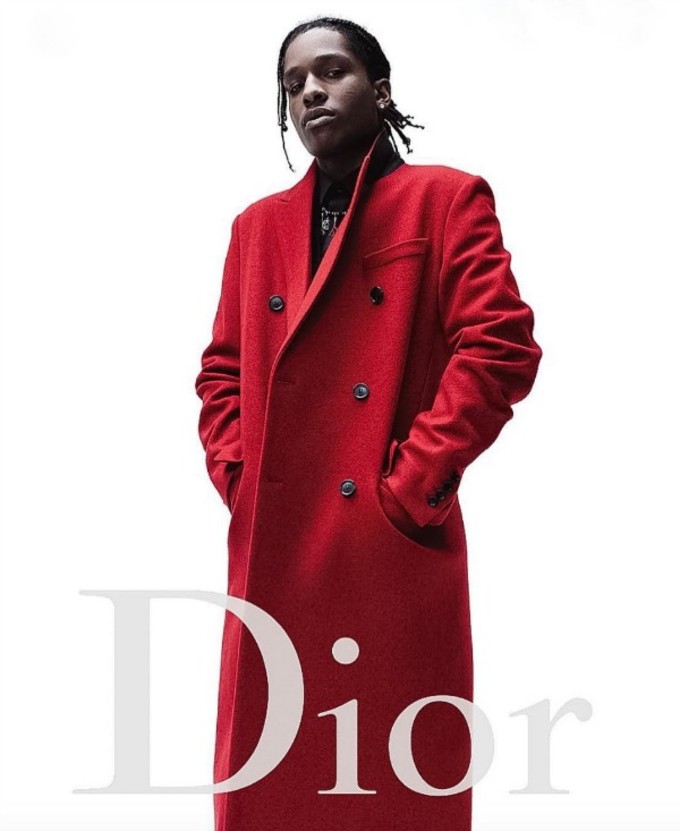 A$AP Rocky has always been just as known for his high taste in fashion as he is for his music. Because of this, it comes as no surprise that Dior Homme would choose the fashion-forward rapper to be one of the new faces for the brand.

In recently revealed preview for Dior Homme’s Autumn/Winter ’16-17 collection, Kris Van Assche—the brand’s artistic director—shared a few photos from the upcoming campaign starring Rocky alongside director Larry Clark, as well as other male models. Van Assche previously explained to WWD why A$AP Rocky was a great choice for the campaign. “I really like his personal style and taste. He’s a real fashion lover,” said Van Assche. “He feels like fashion really influences his own work, and he has strong opinions on that.”

These new ads are expected to be officially released on July 11 in Men’s Non-No in Japan. The campaign will later be seen in the Australian and South Korean editions of GQ, followed by Leon in Japan and Elle Men in China.

View more photos from the campaign below.