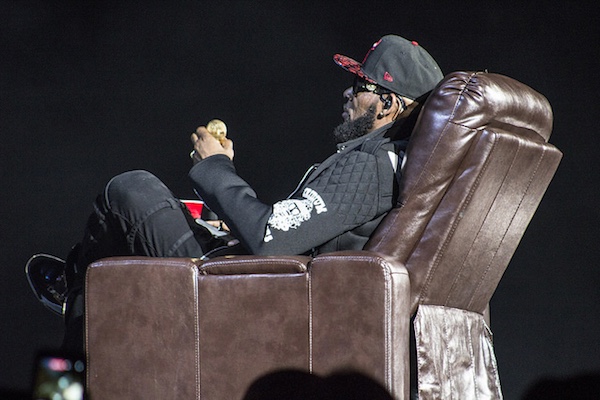 Virtually everybody saw Kobe Bryant’s final NBA game back in April, but nobody received more flak for watching than R. Kelly, who posted a now-infamous photo of himself taking in the action on a tiny TV in a nondescript white room. Twitter was flooded with hilarious reactions, but now, it’s R. Kelly who has the jokes.

About halfway through his two-hour set in Chicago last night, R. Kelly addressed the crowd about the photo and said that the criticism “got to him,” according to concert attendee Dan Garcia. It was at this point that event staff brought a brown leather recliner onto the catwalk and pointed it towards the 50-foot video screen on stage. Then, R. Kelly sat down and watched portions of Kobe’s final game, this time on a significantly larger screen than before. He then watched the “Jake from State Farm” commercial, and went to Netflix to enjoy a bit of the 1999 Eddie Murphy and Martin Lawrence movie Life.

According to Garcia, “Other random highlights of the night included singing to fans that he is ‘sweaty than a mutha fucka’ for 15 minutes while he let fans wipe the sweat off him, a 10 minute conversation with a blimp drone robot named R-bot, and much more.”

Watch R. Kelly watch Kobe, and other footage from the concert, below.

R Kelly is literally watching Kobe’s last game in the middle of his concert responding to people who hated on his small TV he watched it on last time. 😂 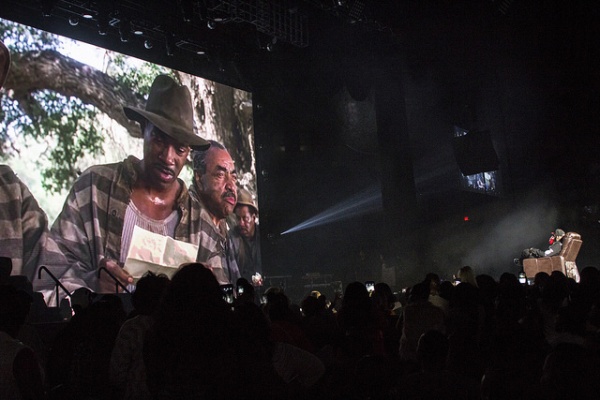 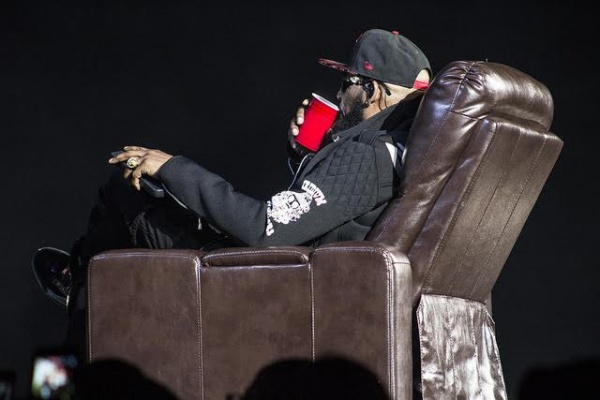 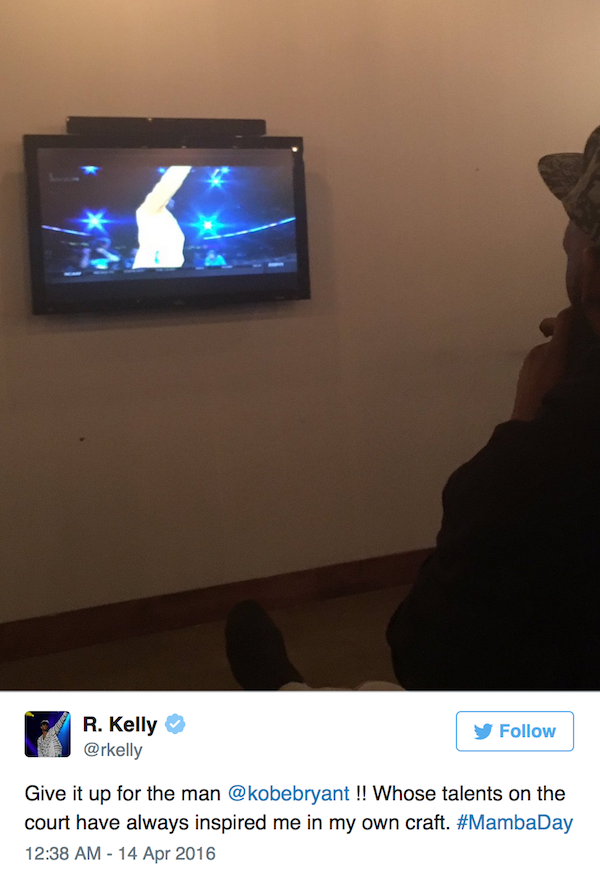