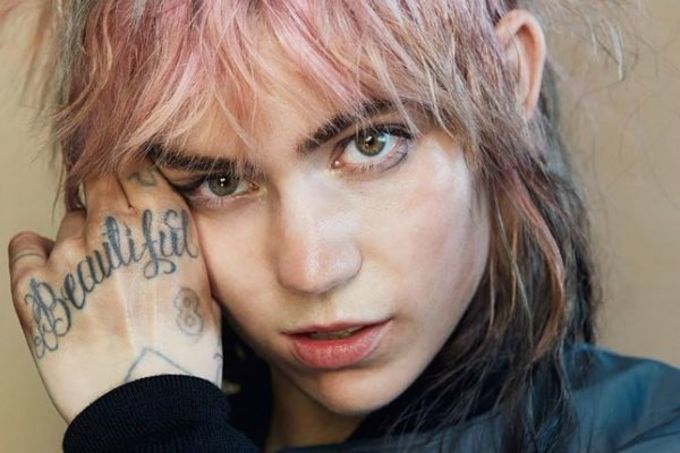 Grimes took the time to speak with Rolling Stone about a number of topics, including the future of rock music, the unfortunate situation with Kesha’s current legal battle, and why she’s no longer taking a break from music. As reported earlier this week, she says she’s in a different place now from when she said she might take a break, stating that she’s already “halfway done” with a new record.

Speaking about the unique ways in which she used rock sounds on Art Angels, she explained, “I personally really love [British bands] like Bring Me the Horizon and Foals. There’s definitely a future in rock, but it will probably be more fusion-oriented, like rock that uses 808s. You know all those songs on [the Smashing Pumpkins’] Mellon Collie and the Infinite Sadness that almost sound like Lorde or something? I feel like that vibe has not been explored.”

Grimes signed with Jay Z’s management company last year, and she says that the best advice he ever gave to her was that she stop “apologizing so much.” She said, “It was very difficult. Canadians have to say “sorry” all the time. That’s actually really good advice.”

When asked about what she makes of Kesha’s lawsuit against Dr. Luke, she responded, “I don’t know enough about the specifics of that situation, because it seems very complicated. But I will say that I’ve been in numerous situations where male producers would literally be like, ‘We won’t finish the song unless you come back to my hotel room.'” She further explained, “If I was younger or in a more financially desperate situation, maybe I would have done that.”

The music industry is a pretty male-dominated place, and while there are a lot of female producers, it’s harder for women to get the respect they deserve in the industry: “I don’t think there are few female producers because women aren’t interested,” she explained. “It’s difficult for women to get in. It’s a pretty hostile environment.” Read the whole interview with Rolling Stone here.