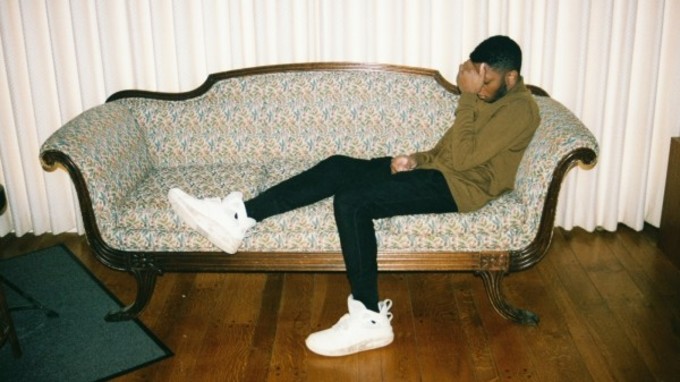 Every year, hundreds of people with dreams of becoming a star migrate to New York City in hopes of kickstarting their path to success. The hustle and bustle of the city that never sleeps motivates aspiring artists to work harder and make sacrifices to achieve their goals. However, this magical city also has a way of yanking that feeling of floating on clouds right from underneath you when least expected, replacing it with a hefty dose of reality.

While thousands of aspiring artists continue to fight through the emotional turmoil brought on by the Big Apple, a few lucky ones understand that moving to New York isn’t the only way to make dreams come true. Similar to many before him, Maryland-raised singer Gallant attended school at New York University to study music and jumpstart his career. But soon after graduating in 2013, the 23-year-old found out that this city just wasn’t meant for him.

“I tried to stay there for a little bit but I was just like, ‘No, this sucks for me,’” Gallant admits. “So I moved to L.A. and the second I touched down to visit before officially moving, it just felt like home. That felt like the right vibes to be surrounded by.”

In 2014, Gallant delivered his self-released EP, Zebra. Reflecting on the time before he officially moved to his new home in Los Angeles, Gallant worked to transform old journal entries into five tracks of raw emotion. “It was me just trying to get off my chest whatever I needed to say,” he explains. “Because before that, I was kind of being dictated and pulled into a bunch of different directions in New York.”

I got to say a lot of things that I didn’t want other people to hear, but because of the internet it just happened to go that way.

It wasn’t until the recording sessions for Zebra ended that Gallant came to a conclusion: he wanted to create music not just to make a living, but also to make himself a better and more honest person.

“After it was done, I feel like I moved to a different level. I got to say a lot of things that I didn’t want other people to hear, but because of the internet it just happened to go that way. I realized when I was doing it, I was kind of evolving and I wanted to dig deeper and pull whatever else was inside of me out.”

Though Zebra spread around the internet in a way Gallant couldn’t have predicted, the true strength of the world wide web would be revealed the following year. Last June, as Apple prepared launch their new Apple Music platform, Gallant could hardly have known that it would be the launching pad for a new chapter in his blossoming career.

The hand-picked Beats 1 Radio hosts chosen to help take Apple Music off the ground worked strategically, hoping to woo millions of new and existing listeners away from other streaming platforms.

Song selection for their first broadcasts were crucial. Admirers of Zane Lowe, who followed him from BBC Radio 1 to Beats 1 Radio, are well aware of the importance of the choices for his “World Records.”

On his very first Beats 1 show, Lowe premiered Gallant’s single “Weight In Gold” as his first World Record while listeners from one hundred countries around the world tuned in. Immediately after its release, the single began to take off, but it wasn’t just because it was released on such a big platform. There’s something extraordinary about the single itself.

“‘Weight In Gold’ just happened to be one of those first few songs that just naturally progressed, Gallant says. “It happened to be completely different from what I was doing before.”

Almost a year after the release of that song, Gallant found himself in Austin, Texas for 2016’s SXSW. This was his first SXSW, both as an attendee and a performer, but it won’t be his last. 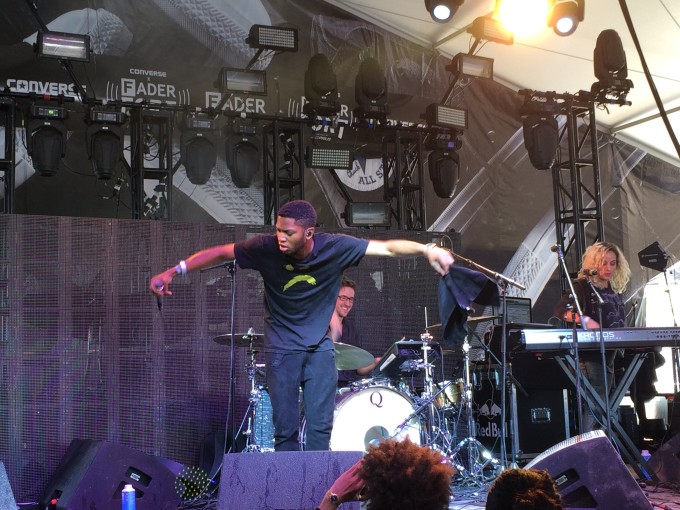 It’s a cool Saturday afternoon in Austin under the big white Fader Fort tent. The crowd continues to get more densely packed as they take in the mix of performers on the day’s eclectic lineup. After a high-energy set from Toronto rapper Jazz Cartier, things settle back down as the audience awaits Gallant’s arrival.

When he strides across the stage, singing his first few delicate notes, there’s a few concerned murmurs that his mic may not be loud enough. Gallant hushes those concerns less than a minute later, hitting a note so powerful that it’s probably still echoing down 5th Street.

He’s met with an immediate roar of applause. “Well, you can’t say that this dude can’t sing,” said one camera-wielding attendee after the first song. Gallant has twenty more minutes on stage, but he already has the crowd’s undivided attention.

His stage presence comes as quite the contrast of his personality in conversation. It’s hard to imagine that someone who sat comfortably on his hotel bed, legs folded like a pretzel, speaking in a rather deep tone, would be on stage the following day climbing to the top of the speakers as his vocals soared through the Texas air.

His set sparks conversations throughout the audience as it comes to a close, with onlookers confessing how impressed they are. “I don’t think I’ve ever seen an R&B singer be that physically into his music on stage,” a new fan with the look of awe still washed all over his face exclaims. “It was great.”

Although Gallant admits that he’s “a very chill dude in real life,” he works hard to translate the raw emotion within his music into captivating live performances.

He says the only way he can recreate that same vulnerability and honesty that occurs during his writing process is to “just physically put that all on the table and let everyone else see that—the pain and suffering.” His performances are a cathartic experience.

Gallant’s enchanting performances at SXSW came at the perfect moment, just weeks before the release of his highly-anticipated debut album Ology. With each performance, he wins over a bigger audience and continues to navigate his newfound stardom. It’s been a long time coming, but within just the past year alone, the changes and obstacles have prepared Gallant for this pivotal moment.

“I think there have been a lot of challenges that I didn’t think I could overcome, that I did,” he admits. “This past year and a half I’ve done a lot of collaborations which took a lot because of how personal everything is to me—I’m basically just meeting somebody for the first time and allowing to see inside of my fucked up laundry.”

Breaking out of his comfort zone—and working with others—has yielded great results. Recent collaborations with Jhené Aiko, James Fauntleroy, and ZHU, for example, have helped to broaden the range of his own personal sound. His new album Ology expands far beyond the darker tones of a sadder time that influenced Zebra.

While the album may be titled Ology, Gallant’s primary goal wasn’t to have listeners study him. Instead, he says the writing process for this new album has actually helped him learn more about himself.

As a result, Ology presents a more matured and polished version of the Gallant many fans had already grown to admire on Zebra. “I just wanted to learn more about myself, and I’ve definitely done that with this project. For the next one I hope that I’ll learn even more. My whole goal is just to be a better person.”

Gallant’s debut album ‘Ology’ is out today, April 6, via Mind of a Genius.