U2 frontman Bono recently had the opportunity to speak in front of the U.S. Senate during a subcommittee hearing. The focus of the hearing was to discuss the role of foreign assistance, as well as the “causes and consequences of violent extremism.”

During his speech, Bono stated: “It’s like, you speak violence, you speak their language. But you laugh at them when they are goose-stepping down the street and it takes away their power.” His fair point took an immediate sharp turn as he ended his speech suggesting that the U.S. Senate send in Amy Schumer, Chris Rock, and Sacha Baron Cohen to end the violence.

However, judging by Amy Schumer’s response, it doesn’t seem like Bono ran any of these suggestions by anyone beforehand. 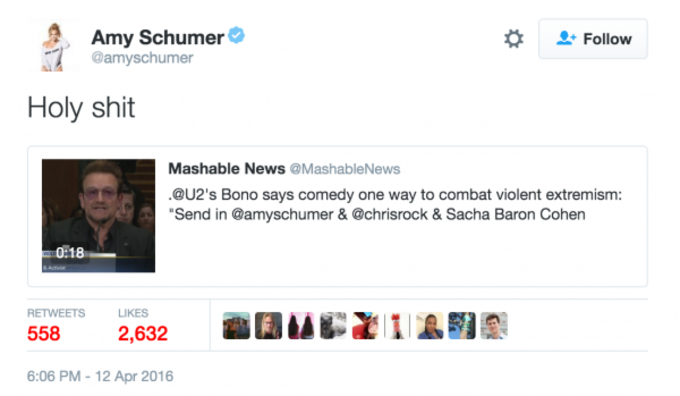