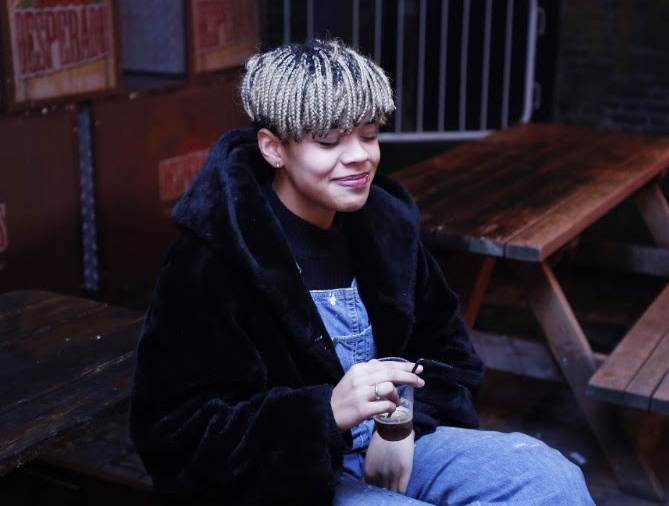 After grabbing our attention with an impressive guest performance on Mura Masa’s excellent “What If I Go?” last week, Bonzai released an EP of her own today. Covering a range of sounds including drum & bass, hip-hop, and R&B, with a heavy nod to UK club culture, Sleep Hungry was “written over a period of 3 months in London and LA [and] takes listeners through the ups and downs of a hazy night out.”

The production throughout the EP is top-notch, shaped by collaborators John Calvert, Royce Wood Junior, and Mura Masa. Bonzai’s vocals avoid being overshadowed, however, as she nimbly layers fantastic moody verses over the shape-shifting beats. This is especially true on standouts like album-closer “Where Are U Now,” as well as the edgy “No Rest,” which makes it clear why her music has been described as “punk R&B.”

“It’s tough for the US guys to really get the nuances of UK electronic music and it’s equally uncomfortable when UK artists try to compete with Beyoncé or Kendrick,” Mura Masa says. “With Bonzai being dual nationality American/Irish and having grown up with DnB as much as RnB, it really feels like she can bring genres together in a natural way. She never has a bad session as she’s got so many tools to choose from as a writer and she’s fearless.”

Stream the EP below.