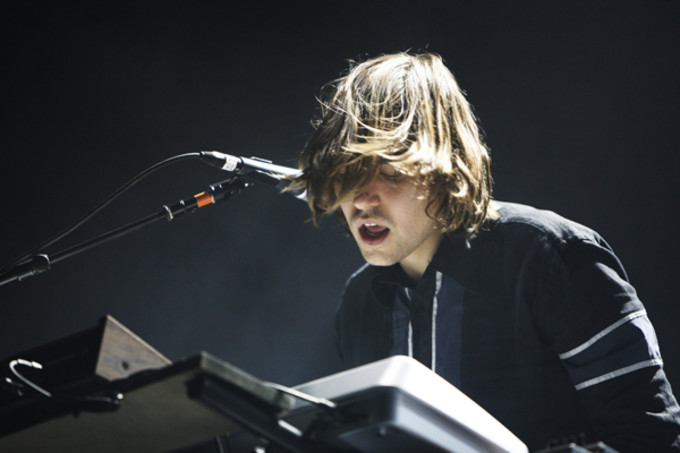 Arcade Fire’s Will Butler has taken to the Talkhouse, a website that features musicians talking about the music of other musicians, to review Grimes’ newest album, Art Angels. In the review, he tackles his prejudice against 2000s pop at the beginning, before putting his differences aside to say he appreciates and admires Art Angels. “That sounds lame— no, it’s like how Orthodox Jews and devout Mormons get along,” he continues.

“In Art Angels, Grimes is coming, to a large extent, from the world of 2000s pop, but she creates a giant, esoteric, viable world teeming with all sorts of poisonous Jurassic life,” he says of the album. “I grew up prejudiced against 2000s pop, and that the atmosphere of the Jurassic period has the wrong ratio of elements for my organism. I’m more Cretaceous.” However, in spite of this, he says he’s a huge fan of “Scream,” which features Taiwanese rapper Aristophanes.

He says of the track, “The language barrier is a filter through which only charisma can pass. Aristophanes is plenty charismatic. Grimes’ production is charismatic. The work is divine and human.” He expands upon this by saying, “Grimes is a genuine world-builder. She could make worlds big and convincing enough to change lots of people’s perception of the actual world. It feels cold to stand outside her creation and judge it.”

Related: Is Grimes Weird, and So What if She Is?