A content piece’s ability to generate interest nearly two years into its life cycle is a testament to its quality. Woodkid brought the uncontainable “Volcano” to the Zenith de Paris stage last February, presenting an ecstatic audience with an ensemble of galloping drum beats and soaring synth arrangements. Now, we can at long last witness the controlled chaos that first surfaced in the fall of 2013 with our own eyes, in proper form.

The official footage is a thrilling exhibition of pacing and performance. Backed by violinists and 12 (yes, 12) masked drummers cloaked in Darth Vader attire, Lemoine leads a small orchestra through his seven-and-a-half-minute opus. Woodkid and director Katya Mokolo seamlessly bridge together three-dimensional visual effects, icy beams of dancing light, and the deliberate movement of the instrumentalists to create gripping entertainment.

Watch the display of momentum and synergy above, and download (!) the track in all its cleanly recorded glory here.

Related: Interview: Woodkid on Working with Lana Del Rey and Why He Won’t Release Another Album for Five Years 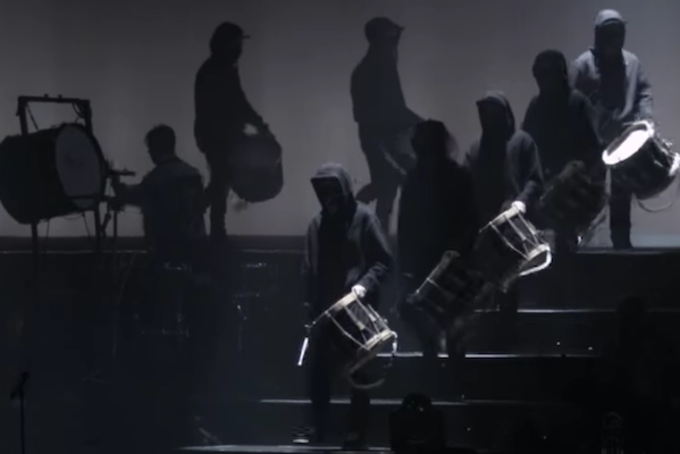 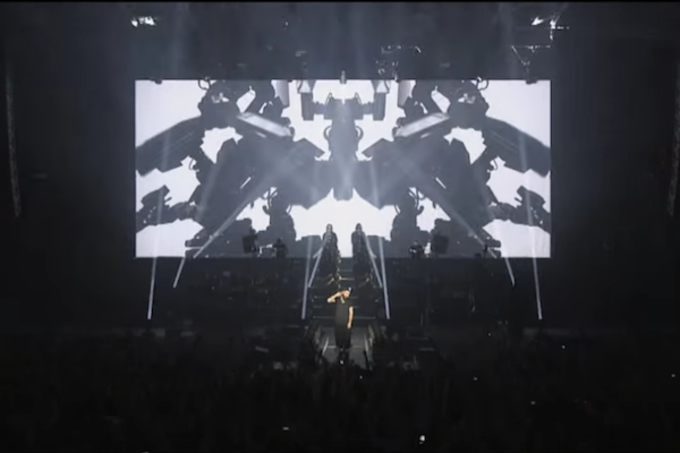