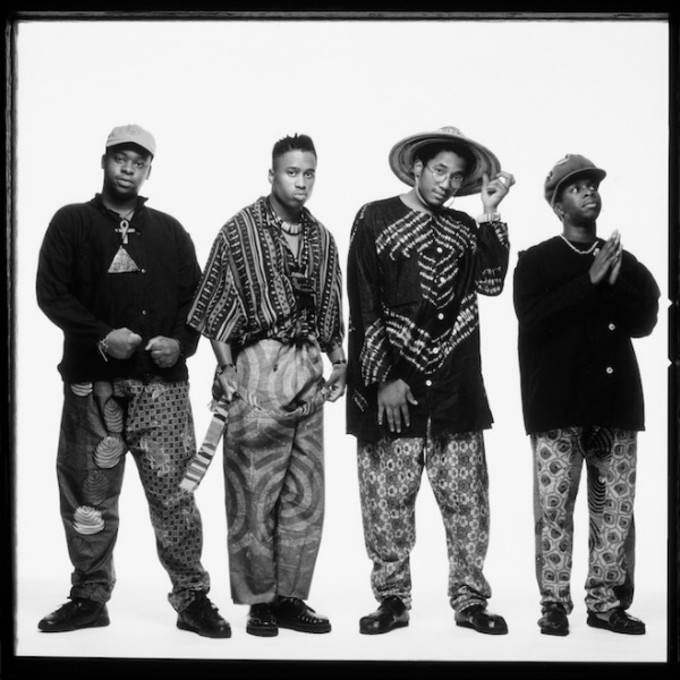 A Tribe Called Quest just recently re-released their debut album People’s Instinctive Travels and the Paths of Rhythm to celebrate the 1990 album’s 25th anniversary. The new release has brought excitement to Tribe fans around the world thanks to remixes by J. Cole, Pharrell and Cee-Lo Green. The excitement swirling around the album was recently topped off with a special reunion and performance of “Can I Kick It?” on The Tonight Show starring Jimmy Fallon.

While the nostalgia is in full swing, A Tribe Called Quest recently revealed some interesting details about their breakout single “Can I Kick It?” Fans of ATCQ know that their debut album was built on the foundation of various, perfectly selected and flipped samples. The most obvious sample from “Can I Kick It?” is the bassline taken from Lou Reed’s 1972 single “Walk on the Wild Side,” which Phife Dawg recently admitted he “hasn’t seen a dime” from.

Phife told Rolling Stone that Lou Reed allowed them to use the sample on one condition. “I remember with [record label] Jive, there was a problem with the sample being cleared,” Phife explained. “I don’t think they cleared the sample, and instead of Lou Reed saying, ‘You can’t use it,’ he said, ‘Y’all can use it, but I get all the money from that.'”

According to Phife, Reed took 100 percent of the royalties and publishing for “Can I Kick It?” However, the members of A Tribe Called Quest don’t seem too sour about how things turned out. “There could have easily been no ‘Can I Kick It?’ So you take the good with the bad,” says Phife. “And the good is, we didn’t get sued. We just didn’t get nothing from it.”