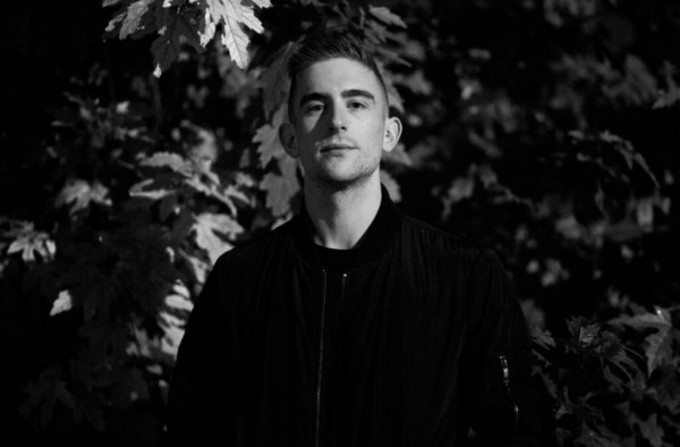 We included Bristol’s Crazylegs in our list of independent labels killing it in 2015 for good reason—they stay ahead of the curve, and they stay releasing music the likes of which you won’t find anywhere else. Ziro, who was the first artist to be released on the label in 2012 with “Coded / Oni,” returns for his third release, a five track EP that sees him combining sounds and styles in a unique way.

Grime, rap, trance, techno, and more are broken down, with Ziro taking pieces from all of them to create his own hybrid sound, meaning the listener should expect the unexpected across the entire EP. “Dun Talk,” a visceral collaboration with Riko Dan, means Ziro is two of two making tracks with MCs (see also: “Lost” with Trim), while “Lionheart” is a journey through pummeling drum patterns and soaring trance riffs.

“Strafe,” premiering below, sees Ziro collaborating with Bloom, a Belfast producer of uncompromising, uncategorizable electronic music who we previously introduced with a Daily Discovery feture around his Hydraulics EP, also released on Crazylegs. The two make the perfect pairing on “Strafe,” Bloom’s unmistakably industrial percussion doing maximum damage until a sudden moment of calm, and then an unexpectedly euphoric build to yet more madness.

Listen to three tracks from Lionheart and get into an interview with Ziro below. The EP drops October 30 on Crazylegs. Pre-order physical and digital here

How did you originally link up with Crazylegs for your first release in 2012?
I’d moved to Bristol for university and was heavily into dubstep and funky. Crazylegs was a club night at that point, playing a lot of that stuff, and the music policy really appealed to me. I attended the nights for a good year or so before I met Andy. I’d got “Coded” and a couple of other tracks together by then and in an attempt to start playing out somewhere other than my student halls I sent them over. A short time later he told me he was looking to start a label and we got chatting about the first release.

Back in 2012 you were making techno, can you talk us through the change in your sound in the past three years, what has inspired the evolution, how your influences have changed etc.
My first two releases were definitely very techno influenced, but it’s more the sound palette of wooden, brittle and reverberant drums that ties that sound together for me. It didn’t matter whether it was 130, 140 or 170 bpm, as long as I was building the tunes in that space it sounded like me.

Also, while I like the progressions in a lot of techno I find the actual melodies and sounds quite mundane, whereas I really enjoy the pads, spacey square waves and minor keys from instrumental grime, trance and other melody-heavy genres. More recently I’ve been listening to a lot of rap and hip hop as well, so I’d say where I am currently with my music is a combination of those influences in fairly equal parts.

Bristol has been the home of so much boundary pushing electronic music over the years, how has the city affected the music you make and impacted you musically?
I’m not sure I’ve taken a huge amount from the Bristol scene actually. By the time I moved here I’d fallen out of love with the majority of the music the city is famous for (drum & bass, trip hop and soundsystem stuff). I do feel that while Bristol’s got a great tight knit community it can sometimes be a little exclusive when it comes to emerging sounds which does leave it lagging slightly. Saying that I’ve met a lot of people here with a similar mindset who I’ve been inspired by and worked with, and I doubt my head would be where it is today musically without that input.

What other producers are inspiring you at the moment?
Mainly the people in our circle. The extended family: Gage, Rabit, Pinch, Bloom, Mumdance, Sharp Veins… anyone who’s doing their own thing.

Outside of that, I’d say people like FIS, AnD, Kuedo, M.E.S.H and Objekt.

You’ve done tracks with two of the best MCs – Trim and Riko Dan – who is next on the list?
Anyone with a forward thinking attitude. Right now there are some younger London heads doing exciting things on the grime side—AJ Tracey and Jammz I’m rating especially. I’d also like to try something with more conventional vocalists ’cause I’m a big r’n’b fan. And me and Riko have got more stuff in the works.

What’s next for Ziro after the Lionheart EP? Do you have any interest in releasing an album at any point?
More tracks, more production work. Finishing that record was a real challenge, and I’ve learned so much in terms of production technique and workflow. Being able to realise my ideas more accurately helps a lot with having the confidence to make exactly what I want.

I’d love to do an album. It’s a format that really appeals to me—being able to flesh out a bigger idea across a long player. I’ve got a load of ideas I want to mess around with first though, and maybe one of those will end up being a direction to take something bigger in.

Are you, as the press release says, truly a smiling assassin?!
Here for a good time, not a long time.