Novelist, an 18-year-old producer and MC from London is part of a new generation of grime artists, respectful of the genre’s origins, but determined to forge their own paths and create music without boundaries. In May, 2014 we featured Novelist in our Daily Discovery series, wondering:

“Will grime ever truly cross over to the United States? Hard to say, but as tastes broaden, people become more open to different sounds, and there is a craving for music that still has that raw, underground energy, it might have a chance.”

Fast forward to July 2015 and Novelist is in New York to headline a Lit City Trax rave alongside grime royalty DJ Slimzee and Skepta is shutting down New York with a riotous show at MoMA PS1. In that time he’s also released the punishing 1 Sec EP with Mumdance on XL Recordings, and kept up a steady stream of tracks on his Soundcloud.

It’s an exciting time for grime fans and for the artists themselves, but Novelist isn’t concerned about all the hype. He’s working on an upcoming album, making connections with like-minded artists, and trying to do things organically. 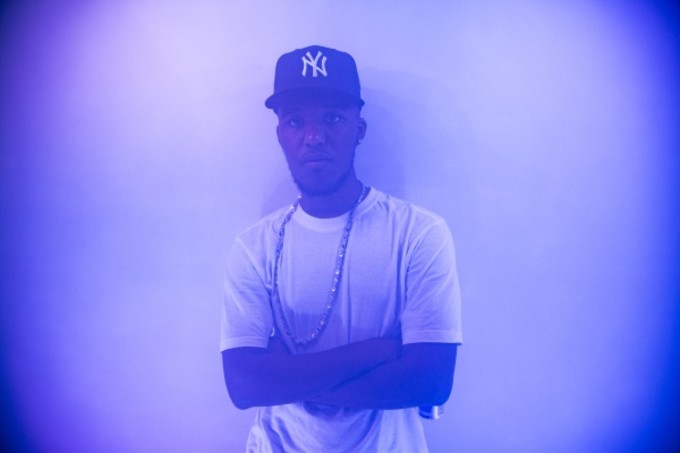 So far, the plan’s been working—earlier this year he was part of Kanye West’s epic BRITs performance of “All Day” and subsequently performed alongside him at a genre-boundary smashing show at London’s KOKO. Novelist told us that after Skepta got a text saying Kanye needed a crew to mob on-stage, they kept it low-key and just jumped on a train to the BRITs venue. But more importantly, there was a genuine connection made with Kanye and his team.

“They were looking at what we do, and understood that this is a real serious genre,” Novelist explained. “Kanye was really involved in setting up the structure of the show at KOKO, the order and what the tunes were. People get things misconstrued sometimes and think it’s all abut the glamour and how big your chain is… but this was all about the actual music.”

Whether he’s starting mosh pits in New York, spitting on radio sets, hitting the studio with big name producers, or just chilling in the ends with his mandem from The Square, Novelist is the same guy. Match that with MC and production talent, plus natural charisma, and you’ve got an artist destined for big things.

While we were showing Novelist the LUMA installation at Red Bull Studios New York, he decided to drop a quick freestyle. Watch that below.