50 Cent may have been the butt of Rick Ross's admittedly funny Maybach Music Group internship joke earlier this weekend, but that certainly isn't stopping 50 from winning in other (more important?) ways. During his appearance on The Graham Norton Show on Friday, 50 opened up about the inspiration behind his recent "9 Shots" short film before telling his fellow guests his infamous shooting story. Within minutes, that conversation goes from semi-formal to this: 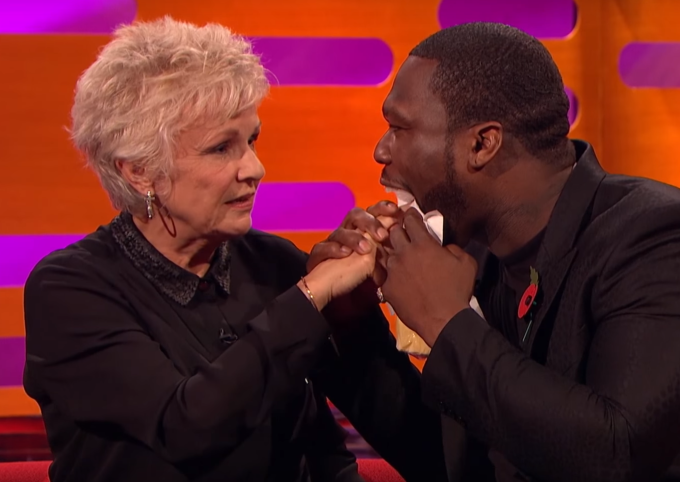 That's British actress and writer Julie Walters shoving a finger in 50's mouth after he revealed that he still has a bullet fragment lodged in his tongue. The upside to that seemingly painful affliction? It's apparently "great for oral sex," according to 50 himself. Thankfully, an opportunistic audience member had an unopened package of mini-tissues ready as finger protection for this wonderfully strange encounter, ensuring joy for all.