If you weren't aware of it being the weekend, you should be up on it now. Hell, just the idea of Flosstradamus linking up with the eternally crunked up Lil Jon should be enough to get the masses turnt, so we're glad that this collaboration between Flosstradamus, GTA​, and Lil Jon delivers.

Entitled "Prison Riot," this is one of those tracks that will add additional levels to any party you're occupying. With an ominous, epic intro, Lil Jon signals that it's turn up/wild out time, and when that bass drops? It's over. Case is completely closed, trap elbows are up... there's no telling what'll happen when such a ferocious, menacing bassline is beckoning you to put your middle fingers up. If you're not going ham with tracks this huge, you might be deaf (and even then, your body should be shaking from all of that bass).

This is another banger from Flosstradamus' Soundclash EP, which drops on April 20—the perfect date for these bouncy green enthusiasts.  Also going down on the high holiday is their HDYFEST, an open-air party going down at Stubb's in Austin, TX. This all-ages event features Valentino Khan, NYMZ​, and Ricky Remedy on the bill, and should be one of the illest parties going down for 4/20. Tickets are still available, so get in on this one ASAP.

Meet Flosstradamus: How a Drunken Decision Turned Into the Future of Music 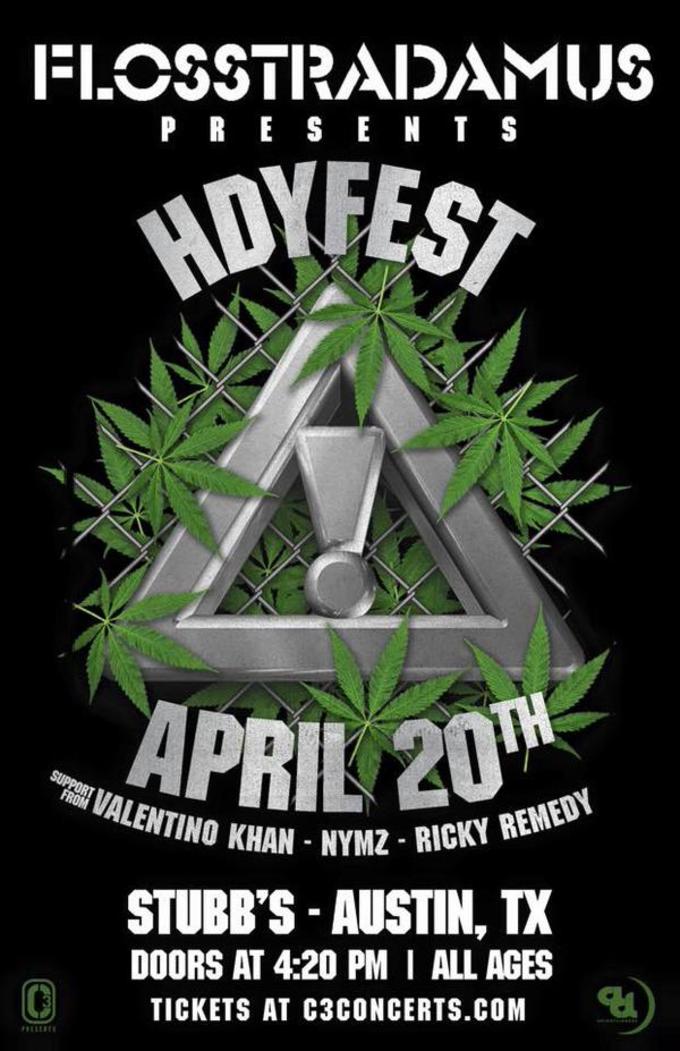