Last week, the Wu-Tang Clan released their sixth studio album, A Better Tomorrow, after years of deliberation. Today, they've released a video for the titular single, a soulful cut about optimism in the face of struggle that couldn't come at a more fitting time. It's a compilation of footage from recent protests across the country, from marches for Ferguson and Mike Brown to New Yorkers shutting down Grand Central Station in response to the Eric Garner decision this week. At the end, the video runs a list of names of black Americans killed by police for almost a decade, emphasizing that "This is not all of the names." It's a small gesture, but when artists have a bigger platform than most to raise awareness of injustice and brutality, it resonates. Stream the video above; for more information about protests in NYC and beyond, you can follow @NYjusticeleague. 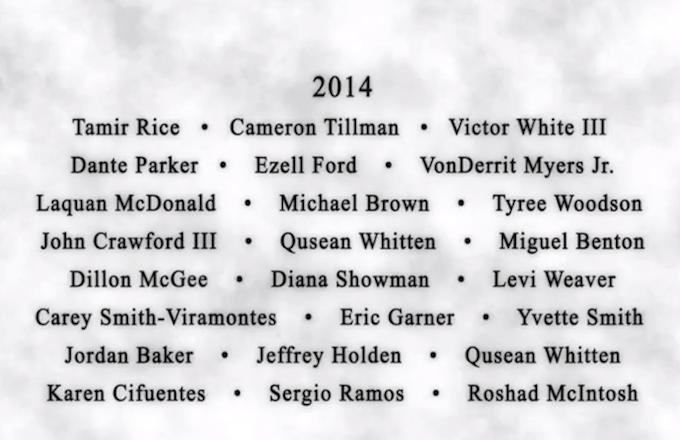