While most of the world is buzzing about the Grammys running through their nominations for next year's ceremony, we've just been doing one thing: waiting for the dance music noms. Why? Because it's interesting to see what they roped together for this year, considering that there haven't been too many huge dance singles over the last year. It looks like they got it right, though, at least in the Best Dance Recording category: Disclosure and Mary J. Blige's "F For You?" Solid. ZHU's "Faded?" Unexpected, but epic. Duke Dumont's "I Got U?" Definitely expected. 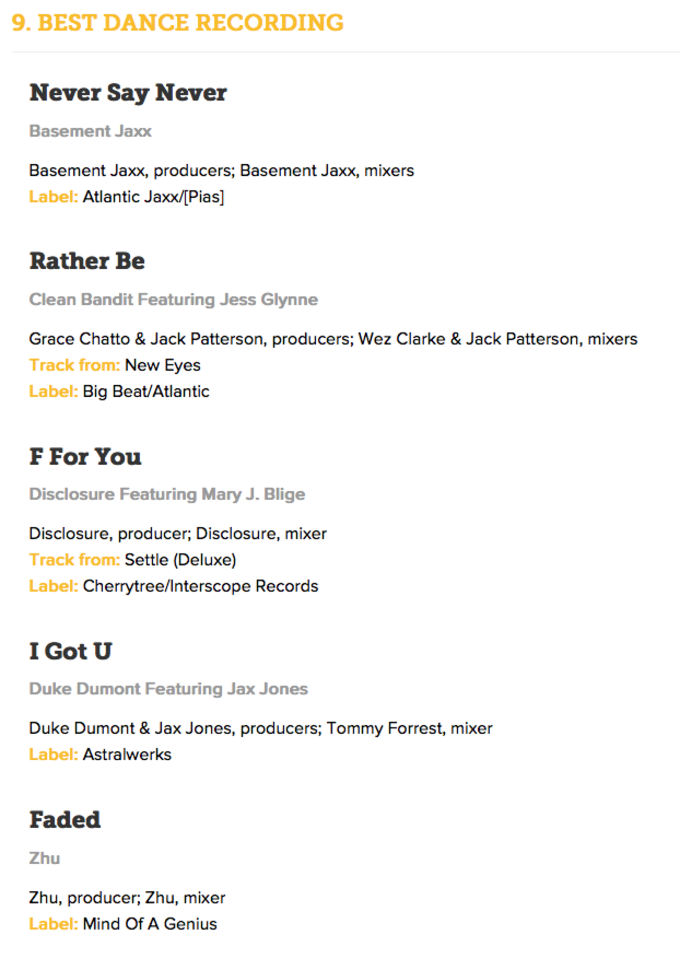 Best Dance / Electronic Album is even more interesting; Mat Zo's Damage Control, Aphex Twin's Syro, and the latest deadmau5 album dropped. Little Dragon was included, which is kind of whatever, but surprisingly, Porter Robinson's worlds is missing. Kind of shocked about that one: 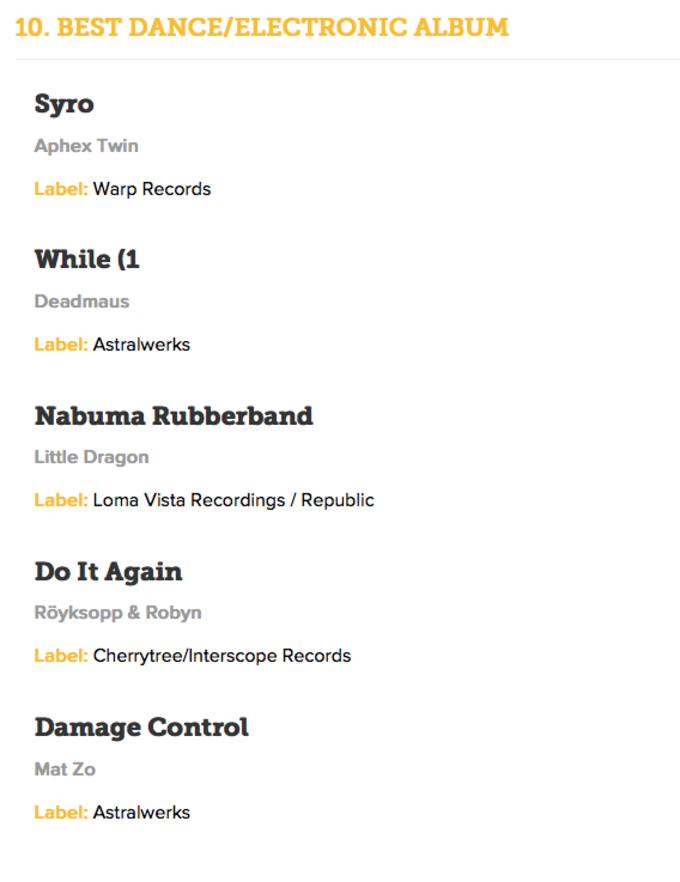 Best Remixed Recording, Non-Classical? It is what it is. Not sure who came up with these selections but yeah. 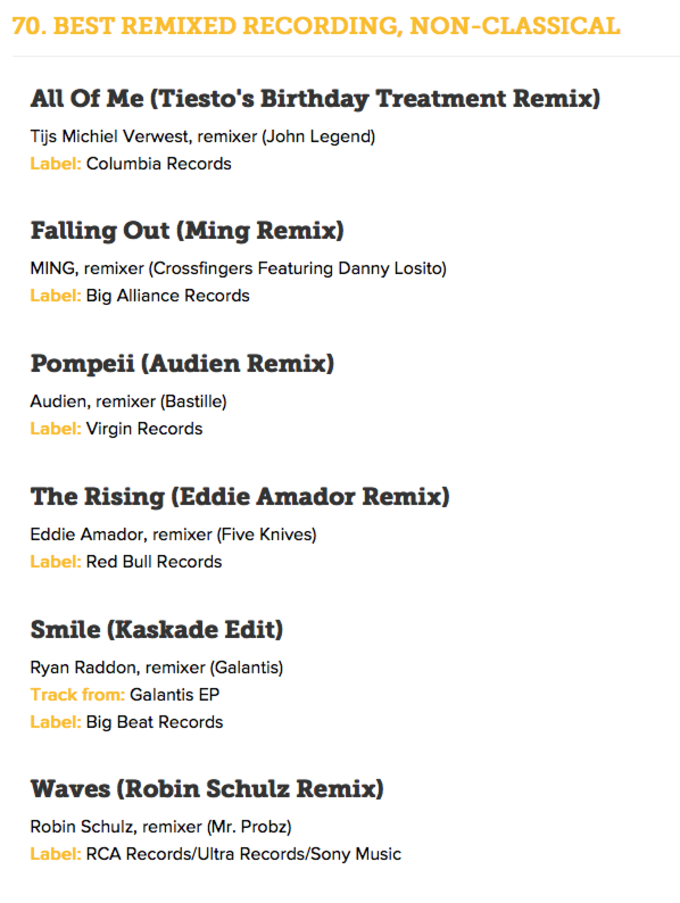 It's also good to note that the video for DJ Snake & Lil Jon's "Turn Down For What," which won a VMA earlier this year, is up for the Best Music Video. All of the GRAMMY nominations are up on their site except for the Album of the Year nomination. That's announced tonight during some GRAMMYs Christmas show on TV. Whatever.