When two of America's hardest working bass music producers hit the road, there absolutely has to be a track released to celebrate the occasion. Thus we get free-to-download, zippy and dissonant electro-trap banger "Sting" from the now-touring duo of Willy Joy and Buku. Both producers are on the road so much that it's easy to call flying in the clouds their home, similar to the bee reference made in the track's name and artwork. A rolling bassline dominates the production, with a sonic lead that has an electro buzz that gives the track a ferocious energy. The "Leaner and Meaner" tour has thirteen dates already announced between now and February, crisscrossing the nation with an obvious desire to leave bassquakes in its midst. 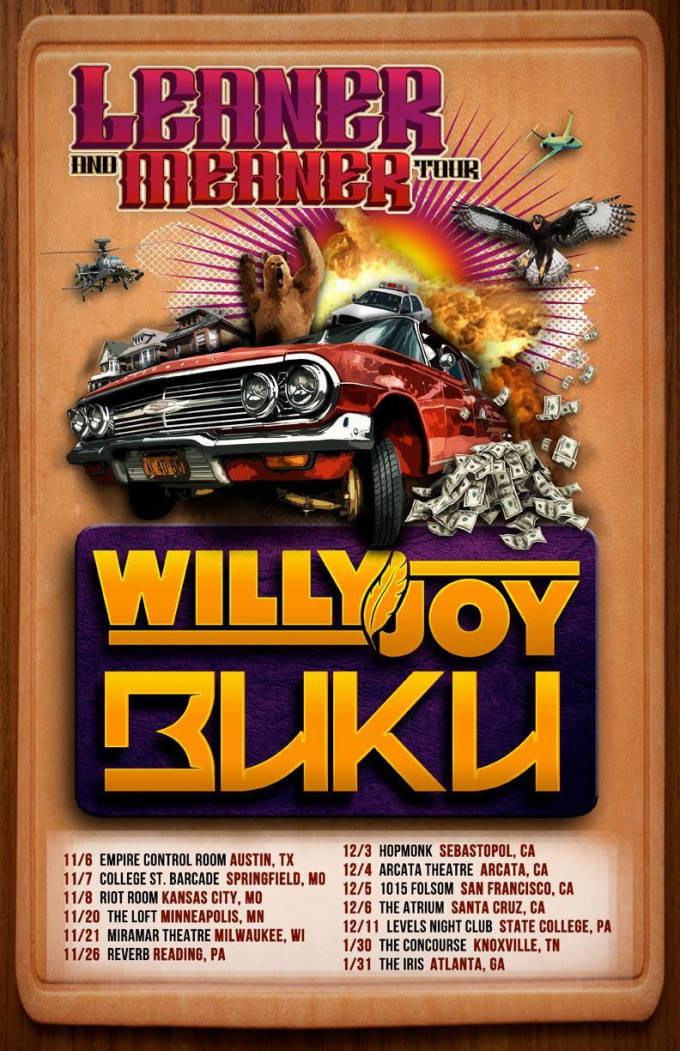