The Ultra family isn't slowing down. Their 2013 schedule found Ultra Music Festivals in Chile, Korea, Brazil, Spain, and of course the granddaddy of them all in Miami. 2014 finds the Ultra family adding two new locales to the mix: Tokyo, Japan, which was recently announced and will include a special "Road to Tokyo" tour that kicks off in December of 2013 with Above & Beyond and Showtek. This morning, Ultra also announced that South Africa has been added to the Ultra Worldwide family, with Pulse Radio stating that this event goes down in February. We'll keep you posted on more details as they become announced.

EDIT It looks like Ultra South Africa tickets go on sale on November 1; the Cape Town show goes down February 14, with Johannesburg getting Ultra on February 15. Phase 1 of their line-up features Tiesto, Alesso, Krewella, Nicky Romero, and more. Check out the full Phase 1 line-up below.

Let's give a warm welcome to the newest member of the Ultra Worldwide family, @ultrajapan! Get acquainted at http://t.co/aV6uklRNUK

The rumors are true! @UltraWorldwide is heading to South Africa for the first @ultrasa!! Let's give another Ultra Family welcome to #ULTRASA 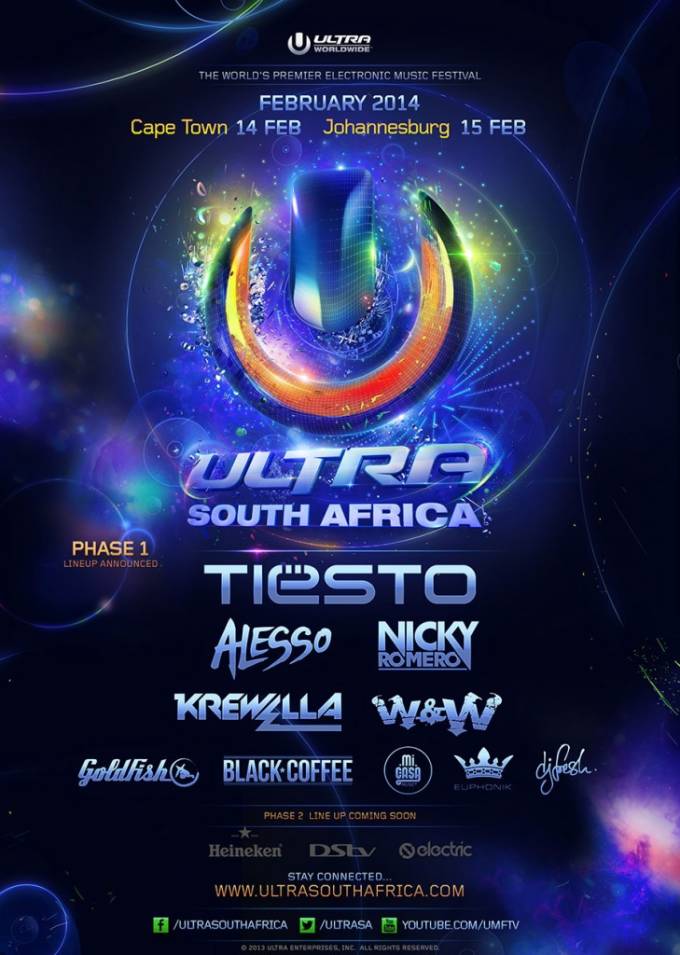