At the end of July, we got word on the third album from Chase & Status, Brand New Machine. They're a duo that has truly captivated us, from their beginnings in drum & bass to taking over the electronic music world as a whole with their stadium-ready, crowd-pleasing anthems. We'd heard "Lost & Not Found," and got word of their next single, "Count On Me," but hadn't heard much in the way of a tracklist... until now.

With news that their Pusha T-featured track "Machine Gun" would be premiering tonight on Radio 1 not only by Zane Lowe (as his "Hottest Record In The World," obviously), but via MistaJam, as well as premiering online via our folks at Complex Magazine, we got the jump on the album's full tracklist, and there are some surprises. First off, the Nile Rodgers-featured "What Is Right" is included, but the big surprise is that Chase & Status have a feature from Major Lazer on "Pressure." We have no idea how this track will sound, but the idea of their collaboration is intriguing. Check out the Brand New Machine tracklist below (with a tweet featuring the bonus tracks on the deluxe edition), and check back later for "Machine Gun." 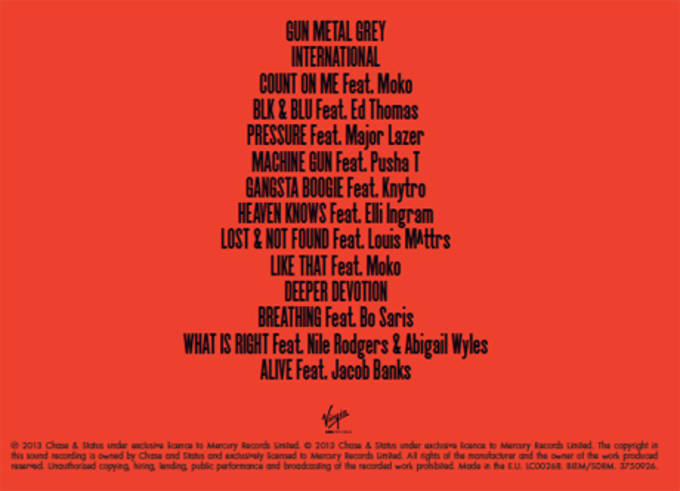