A twenty-one year old double murder might seem like the definition of “old news” but American Crime Story: The People v. O.J. Simpson couldn’t be dropping at a better time. A big part of the appeal of The Jinx and Making a Murderer, two shows that revitalized true crime in 2015, was the sense that something was unfolding in real time—creating a mashup of journalism and entertainment we hadn’t seen since, well, the O.J. Simpson trial. All that (plus the enduring relevance of the Kardashian clan) gave Ryan Murphy and Dream Team screenwriters Scott Alexander and Larry Karaszewski the perfect opportunity to reformat the “trial of the century” into a scripted drama. And if the first episode is any indication, it looks like an opportunity they made sure not to waste.

In the interest of holding American Crime Story to the highbrow, artistic, better-than-Dateline true crime standard we’ve come to expect, we at Complex Pop Culture decided to launch our own investigation. Along with taking a look at The Run of His Life: The People v. O.J. Simpson (the 1997 Jeffrey Toobin account upon which the season is based), we combed through pages of ALL CAPS court transcriptions, watched grainy news clips, searched through online news archives and even stopped by an IRL library (they still exist!). All to bring you this: the official Fact-Check of American Crime Story episode one. 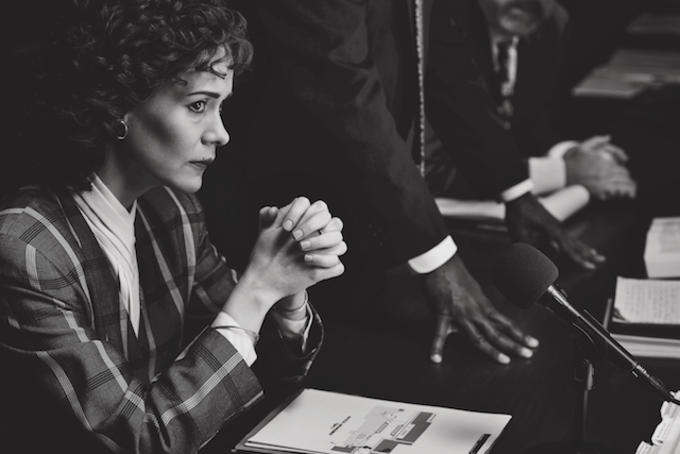 True or False: Ronald Goldman left the restaurant before 10 to return Juditha’s glasses. Neighborhood dogs began barking at 10:15. O.J. screamed at the salad bar woman at 10:45, and ran into house a little before 11.

True. This was the same timeline established and argued by the DA, which would have given O.J. enough time to commit the murders and be home by the time he met his driver. A CNN archive of Court TV News shows the prosecution’s timeline, minute-by-minute, here.

True. Photographs of the crime scene are well documented. You’re free to Google them, although we recommend against it—they’re pretty grisly.

True or False: Physical evidence at the scene included a clean heel print, a right glove, a hat, an envelope and bloody shoe prints.

These would be major facts to misrepresent, so it’s good that all of this checked out. The one thing missing? A partially melted pint of Ben & Jerry’s ice cream, another odd detail which came under intense scrutiny at trial.

True…. maybe. This was another key aspect to the trial that the show had to be careful in representing. The defense would go on to claim Fuhrman planted the glove with the intention to frame O.J. (spoiler, maybe, but again, this shit happened 20 years ago). By not showing viewers the discovery of the glove, American Crime Story doesn’t presume to know something no one else does, nor does it remove the possibility of police tampering.

True or False: An agitated neighborhood dog led a passerby to the crime scene, where he stumbled upon the bodies of Nicole Brown Simpson and Robert Goldman.

Definitely true, and an important bit of early information, as Nicole Simpson’s dog would become one of the key “witnesses” in O.J.’s trial. It also looks like they got the breed correct (Nicole owned an Akita). Then again, the dog isn’t listed on the show’s IMDB page, so they could potentially just be passing off a large Shiba Inu. Here’s how the show’s dog (left) stacks up against Simpson’s (right):

True or False: Witness Jill Shively helped lock down the DA’s timeline after he yelled at her on her way to get frozen yogurt.

Sort of yes, sort of no. Jill Shively was an important (if difficult) witness, and she did see O.J. in a white Bronco traveling on Bundy, according to her grand jury testimony. And while O.J. did yell for the car to move, it wasn’t at Shively, but at the man in the Nissan in front of her. Shively did say she planned on getting food but doesn’t seem to have mentioned yogurt. But because froyo surged to popularity in the early ‘80s, that weird slice of trivia is possible, if not easily verifiable. 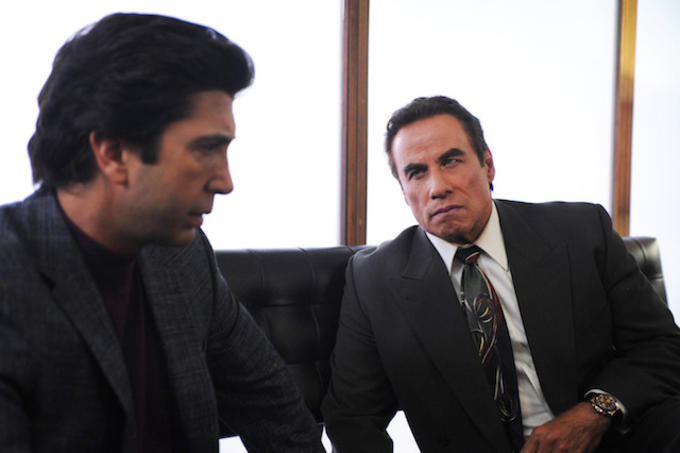 True or False: Robert Kardashian arrived at O.J.’s house moments before he was handcuffed.

Hmm... There’s no clear documentation that Robert Kardashian really did come to visit O.J. that afternoon, nor that he claimed to be on any kind of “list” in order to see his friend. Footage of the arrest and of Simpson entering the police car doesn’t show Kardashian anywhere in the crowd, either.

True or False: Kris and Nicole had a lunch date the day her body was found.

While we were almost positive this had been added in for dramatic or character-building effect, Kris Jenner made the same claim in her 2011 memoir, Kris Jenner… And All Things Kardashian. Jenner claims Nicole called her up early in the day on June 12th wanting to meet. Kris (already a young, busy mom) pushed their plans to the next afternoon—not knowing it would be the last time she and her friend would speak.

According to an ABC News’ 20/20 interview with Lawrence Schiller, author of American Tragedy: The Uncensored Story of the O.J. Simpson Defense, this checks out. O.J. had been staying at Kardashian’s house and did appear suicidal after Nicole’s body was found. Robert Kardashian was also the one to talk him down, reportedly telling the distraught O.J.: “My little girl Kim sleeps in here. I can’t have my little girl in this bedroom, and every time I come in here, I’m going to see your body lying in this. You can’t do that.” (Complex Pop covered this back in September, if you want to read more).

True or False: O.J. kissed Nicole on the head in her casket, as friends and family looked on in shock.

Also true. Reported by USA Today in 1996, Nicole’s mother Juditha Brown testified: “I was next to—I was at the coffin, and Mr. Simpson came back—came in and he said, "Could you move? Could you move? I have to be alone." And I heard him say, ‘I'm so sorry, Nic. I'm so sorry.’ And he kissed her on the lips.”

True or False: Kris, Khloe and Kourtney were all present.

Yep, along with Kim and Caitlyn Jenner (before her transition): here’s footage of each. 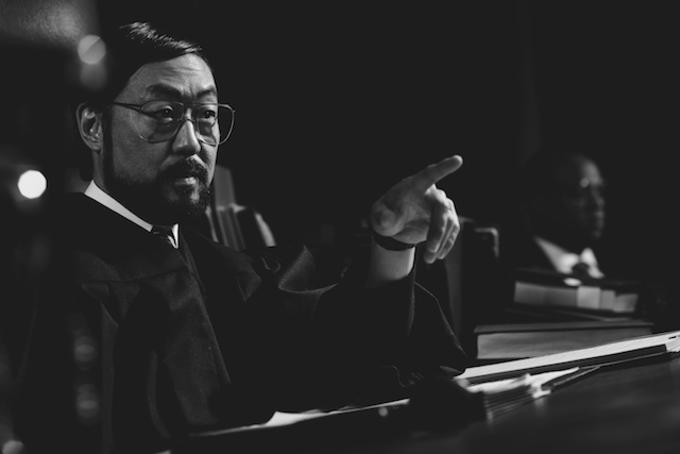 True or False: Sydney Simpson left her deceased mother a tearful voicemail from the police station asking her to pick up.

True or False: O.J. had a giant statue of himself in the front yard.

O.J. did have a large statue of himself (actually he had several) although according to a February 1995 New York Times article, it usually hung out in his garage.

True or False: A cameraman took the shot of O.J. in handcuffs, heightening media interest, after sneaking onto the property.

Correct, but a tiny bit incorrect. The “Real News 13” cameraman, from KCOP-TV, did steal the shot of O.J. from the bushes behind his house. KCOP wasn’t the first reporter on the scene, however. That prize goes to KCBS, who broke the story after a reporter who lived in Brentwood spotted police as he was out on a jog.

To its credit, The People v. O.J. Simpson gets almost everything right, from major facts to little background details. And because the trial was so well documented (a perk of basically inventing the 24-hour news cycle) it’s pretty easy, if a little tedious, to verify the show’s claims.