For a few moments, Sanmay Ved owned one of the most recognizable names on the Internet and he only paid $12 for it. In a detailed post on LinkedIn, the web enthusiast was testing out Google’s domain search tool when its own domain showed up as available.

According to the Daily Dot, the going rate was only $12. After making the purchase, he began receiving notifications that confirmed his status as the new owner. However, a new notification quickly informed him that the order had been canceled and that his credit card was not charged in the process. Except, it was.

Check out the proof below: 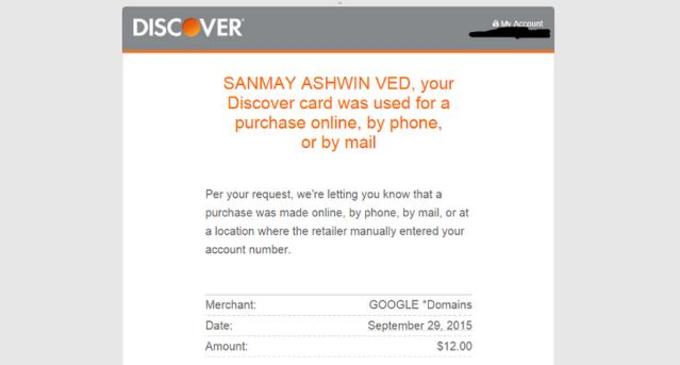