The '90s are back, alright! Many of us in the 20- and 30-something age demo grew up with shows like Rugrats, Hey Arnold, The Adventures of Pete & Pete, Doug, and (my personal fave) Clarissa Explains It All on Nickelodeon, but they've been tucked away in nostalgia land for years. Now it may be time to re-open that treasure chest, because Nickelodeon's President of Content and Development, Russell Hicks, tells Variety, "We are looking at our library to bring back ideas, shows that were loved, in a fresh new way." 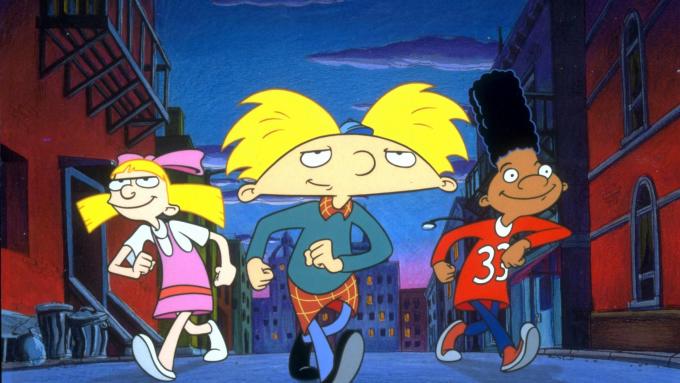 Hell yes! Let's relive our childhood. Hicks won't share which specific shows they plan on bringing back, but the aforementioned titles are among the ones considered for "retooling." (Also I'm guessing the cartoons are easier to revive since, unlike the live-action series, they weren't affected by the cruel concept of time and aging.) These shows may not come back as a full series, but instead as specials or movies. This is exciting news for '90s kids. Which show do you wanna bring back? Let us know.