San Diego Comic Con is dominated by massive superhero movies and trailer reveals these days, but occasionally some of the cooler things get lost in the shuffle. Like the fact that Batman is officially teaming up with the Teenage Mutant Ninja Turtles.

In the ongoing power struggle between the Teenage Mutant Ninja Turtles, General Krang, and the Foot Clan, allegiances have shifted and the battle lines have been drawn. Krang concocts a plan to rid himself of both the Turtles and Shredder by transporting them to another dimension, where they land in the dark and dangerous streets of Gotham City. It isn’t long before they encounter Gotham’s most famous resident, Batman.  The Caped Crusader may be their only hope of overcoming their enemies and getting back home. But not before they encounter a whole cast of Gotham’s most infamous rogues. 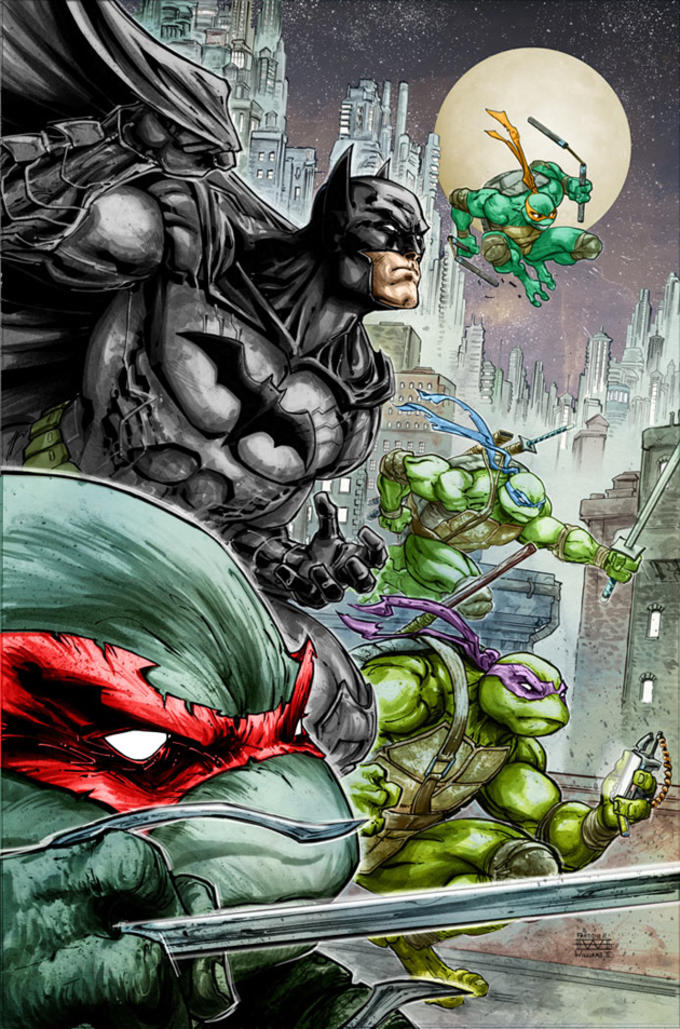 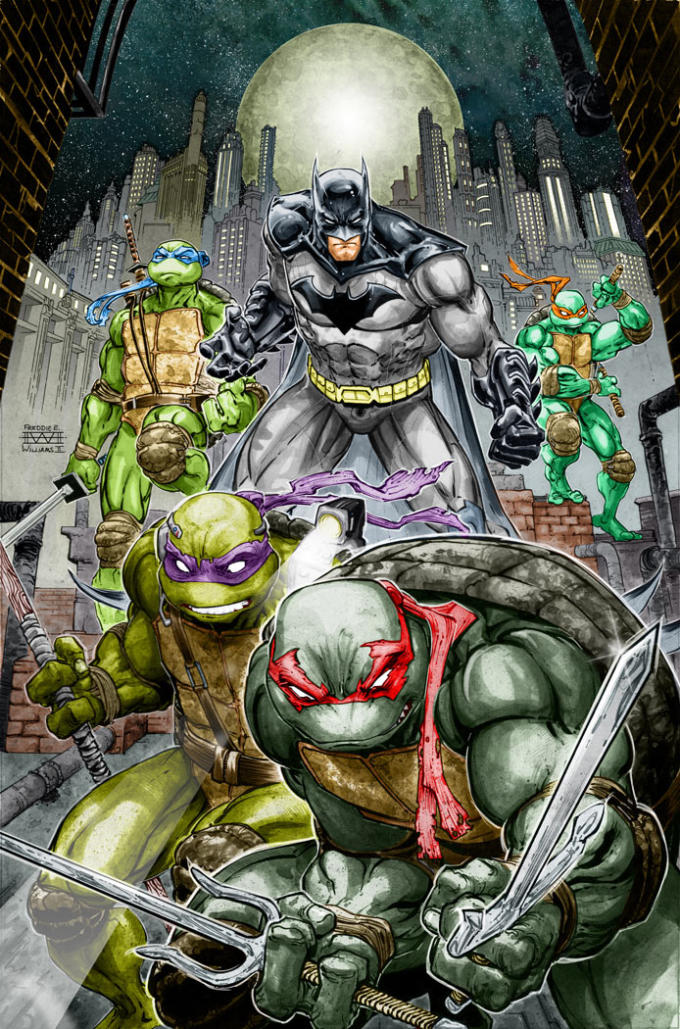