And just like that, The Interview is done before it started.

Yesterday Sony officially pulled the plug on the James Franco and Seth Rogen flick after threats from the hacker group "Guardians of Peace" escalated this week. The group, now known to have acted at the behest of North Korea, alluded to launching 9/11-style attacks, which pushed major theater chains to abandon the film before its Christmas Day release. Now, The Interview—a film that probably would have faded into obscurity after opening week—joins a list of other artistic works that failed to reach an audience due to censorship.

Set aside your personal feelings for Franco and Rogen, and consider this: The story they wanted to share, no matter how unfunny or preposterous it may have been, will not see the light of day—not even on VOD. Sony has said that they have no further plans to release the film. Why? Because the studio was bullied by a faceless band of cyber-terrorists who were working for a government that censors all types of content within its own borders. The hacker group demanded that Sony pull The Interview, and they did.

So the incident's over, right? That's it—they got what they wanted and now life will go on. Not quite. North Korea and the hackers working for them just left a mark on our culture that won't easily be rubbed off. "An attack upon our ability to tell stories is not just censorship—it is a crime against our nature as human beings," Salman Rushdie once said during a talk at the University of Colorado.

The freedom of creative expression was a victim yesterday. The Interview should have been released in theaters despite the threats, and Sony should have released it on VOD soon after. This would be a different conversation if Sony pulled the movie because they weren't satisfied with it, because it was legitimately offensive. But North Korea shouldn't have made that decision for them. The United States has seen previous releases of the Red Dawn remake, Olympus Has Fallen, and Team America: World Police, all of which showed the North Korean government in a negative light, and the world kept turning, presumably with most people's opinions on the dictatorship unchanged. As a nation, our ideas about North Korea aren't informed by entertainment. Instead, our entertainment is informed by our ideas. 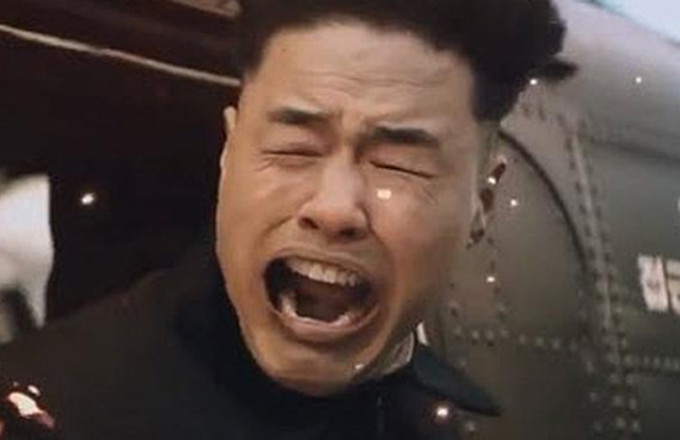 We're so accustomed to associating terrorism to bombings or hijackings, but terrorism truly measures itself by the emotional injury it can cause, the way it can plunge its hand into the gears of a culture and make an entire nation change the way it goes about living. The power of terrorism is in the fear it creates. Sony and theater chains shrunk when they should have stood behind their work—work that serves as a reminder to Kim Jong-un about what the rest of the world thinks of him.

now we'll have to look at ourselves, and our own story. We'll have to ask if we're satisfied with this decision and the precedent it's setting.

But this isn't only about The Interview. And this isn't only about Kim Jong-un. He won't be the only tyrant we'll ever come across, and not the only one we'll want to lampoon. The guy has only been "Dear Leader" for three years this month. What happens then, when comedians in future generations wish to have fun at a dictator's expense? We've shown that with a few leaked emails and some threats made by an anonymous source, we'll back down. Sony should have been free to show the film, and we free to see it. Sure, North Korea will be satisfied, and they'll be out of our hair for a moment. But now we'll have to look at ourselves, and our own story. We'll have to ask if we're satisfied with this decision and the precedent it's setting. The effects are already showing—hours after Sony pulled The Interview, another studio, New Regency, canceled a Steve Carrell movie set in North Korea.

Americans, for what it's worth, speak with their money. We love to boycott things when we're not satisfied with them, whether they be products or companies. That, in turn, usually creates a pool of people that'll go out to support the thing being boycotted just to spawn a backlash to the backlash. We're funny that way. At this point The Interview may have been more of a success than it ever could have been without the controversy. People would have watched it to spite North Korea. We should have had the opportunity to show our support not just for a single film, but for film as a creative art form.

The Interview could have transcended being a mere comedy and turned into a political statement. We could've gathered our families and gone to theaters on Christmas Day and watched it, knowing that our money would have meant something more than just a pass into a theater. The Interview had the chance to be a statement of the American freedom of expression.

But instead, it's now a message to anyone who might oppose a piece of American culture: With enough pressure, we just might bend.

(Now, if you'll excuse me, Team America is streaming on Netflix.)