If you use Twitter, you’re probably familiar with this #alexfromtarget hashtag that has been trending nonstop since Sunday. However, if you’re older than 18 years old, you may well be extremely confused about what it is.

The basic version of #alexfromtarget is that on Sunday afternoon, Twitter user @auscalum sent out the following tweet: 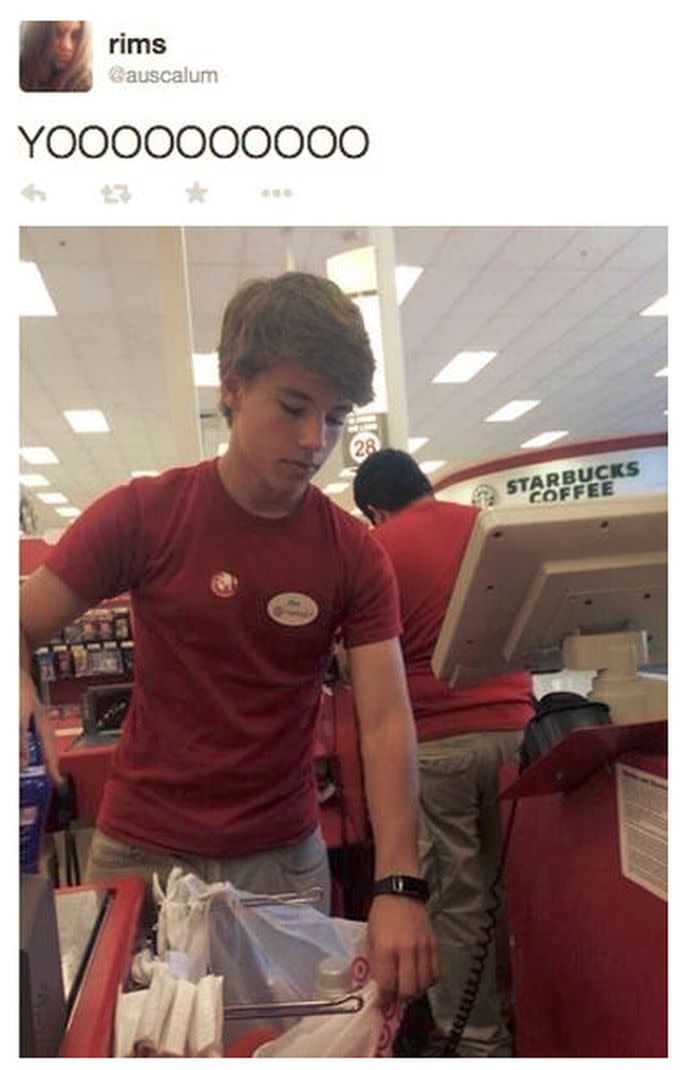 Teen Twitter got ahold of the photo from there, countless favorites and retweets followed, and this anonymous, beautiful “Alex “ fellow (as gleaned from his nametag) quickly became an Internet sensation. His formerly anonymous @acl163 Twitter account has rapidly climbed to over 500,000 followers, although since becoming a viral phenomenon these are the only things he has tweeted:

Am i famous now?

Already fake accounts of me 😂

Now i have to change my number...

You guys are amazing... goodnight 😊

Thanks for all the positive tweets, I'll be posting more soon!

Web analytics site Topsy says that there have been over 1 million tweets about Alex in the last week, with 250,000 of them coming in the last 24 hours. Even his employer is fired up about him:

And we’ll repeat: this all stems from the fact that one girl found her Target checkout guy to be very attractive, and surreptitiously posted a picture of him on Twitter. Until Sunday, #alexfromtarget was simply Alex Christopher LaBeouf, from somewhere in North Texas. Now? He’s getting tweets from Ellen and is burning up the entire Internet.

Enjoy it, Alex. You’re like the teen version of the “hot mugshot guys.”