Mac Miller has been on a roll with the success of his recent singles "Dang!" alongside Anderson .Paak and the Miguel-featuring "Weekend," so it only makes sense that he'd want to take that momentum on the road. Today, Miller took to Instagram to announce that he'll be embarking on a 43-date tour.

Named after his upcoming album The Divine Feminine, the tour will kick off on September 18 in Pittsburg, PA and keep him busy until December. Mac Miller will also be headlining this year's Fool's Gold Day Off in L.A. as a part of his tour.

As 2DopeBoyz point out, Mac Miller recently clarified as to why he named his forthcoming album The Divine Feminine during his interview with Milk.

"[It came from] the idea of the feminine energy that rules planet Earth—the nurturing energy," Miller explains in the interview. "There was a time where that was sacred and was treated as such." His ultimate aim by naming the new album The Divine Feminine is for his female listeners to "understand how much of their soul is amazing." Read the interview in full over at Milk.

Tickets are available via Mac Miller's official website. Take a look at the string of tour dates below. 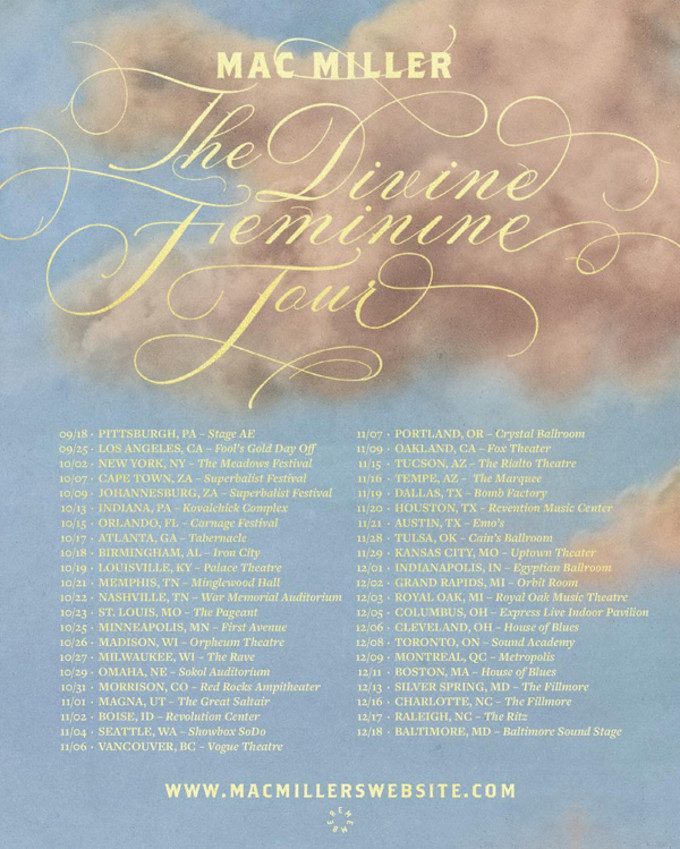