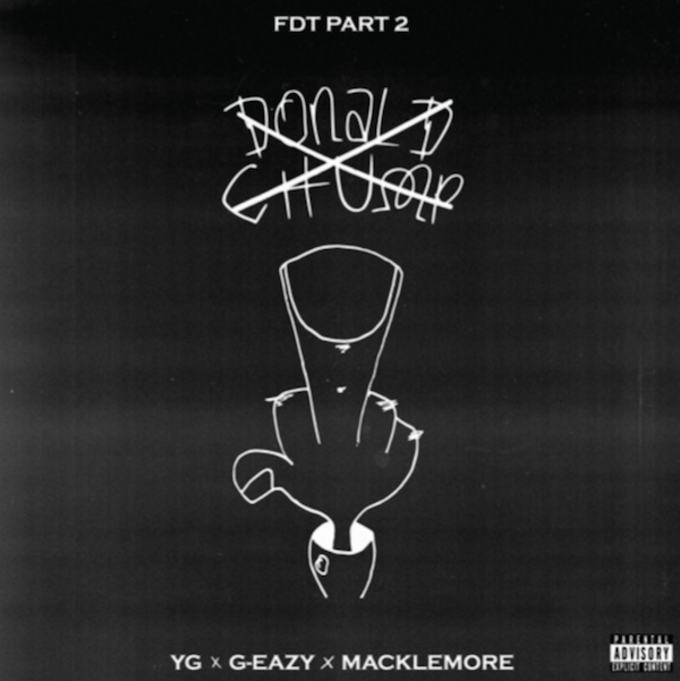 Donald Trump has not made a believer out of YG, and the Compton rapper has not shied away from his feelings about the Republican Presidential Nominee. His anti-Trump banger “FDT” (or “Fuck Donald Trump”), which appears on YG’s latest album Still Brazy, clearly encapsulates this.

To further the anthem’s reach, YG has enlisted Macklemore (whose album This Unruly Mess I’ve Made features YG) and tour mate G-Eazy for the official remix. The two join YG and Nipsey Hussle in their strong stance on their distaste for Trump and his policies. Probably to Trump’s dismay, Macklemore and G-Eazy only add to the catchiness of the song.

The remix was created despite the fact that YG had to face some hurdles for penning the political song. In a recent interview with DJ Whoo Kid, YG revealed that the Secret Service got involved and forced YG to censor some lyrics off Still Brazy.

YG and G-Eazy are currently on the road for their Endless Summer tour alongside Logic and Yo Gotti.

Listen to YG, G-Eazy, and Macklemore’s remix of “FDT” below.