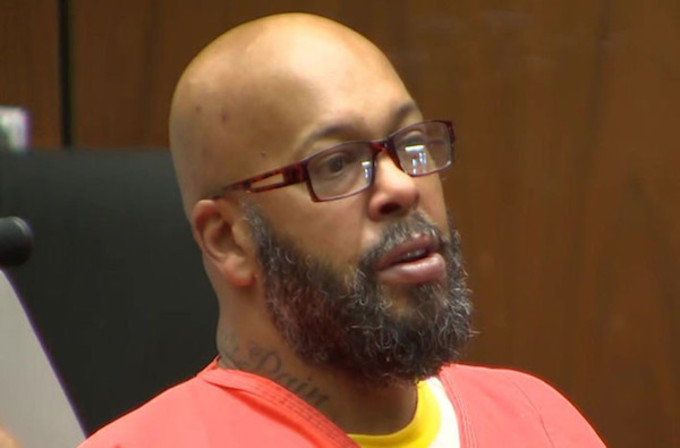 In 2014, Suge Knight was shot seven times at a Chris Brown-hosted party at 1 OAK. He survived gunshot wounds to his chest, abdomen, and left forearm, but apparently has been suffering complications from those injuries since.

Now, according to ABC News, Suge Knight is suing Chris Brown, accusing Brown of gang ties and a “well-documented track record of hosting events and/or parties in which violence frequently erupted.”

Knight’s attorneys are arguing that the incident left Knight fearful, which drove him to flee when he was attached in his car, running over two men and ultimately killing one. Knight is currently in jail awaiting trial for the killing.

The lawsuit also argues that 1 OAK did not take additional security precautions, considering that the “events hosted by Brown have a history of violence.”

Pia Mia, who is also managed by Chris Brown’s manager and co-hosted the party, is also named as a defendant.

This isn’t the first time that Suge Knight has sued over insufficient security. In 2005, Knight was also shot at at a party hosted by Kanye West. The judge ultimately ruled in West’s favor, concluding that there was no evidence over a foreseeable shooting. Early last year, Knight ran over two men with his truck in Compton. His attorneys argue that Knight was acting in self defense, fleeing armed attackers.