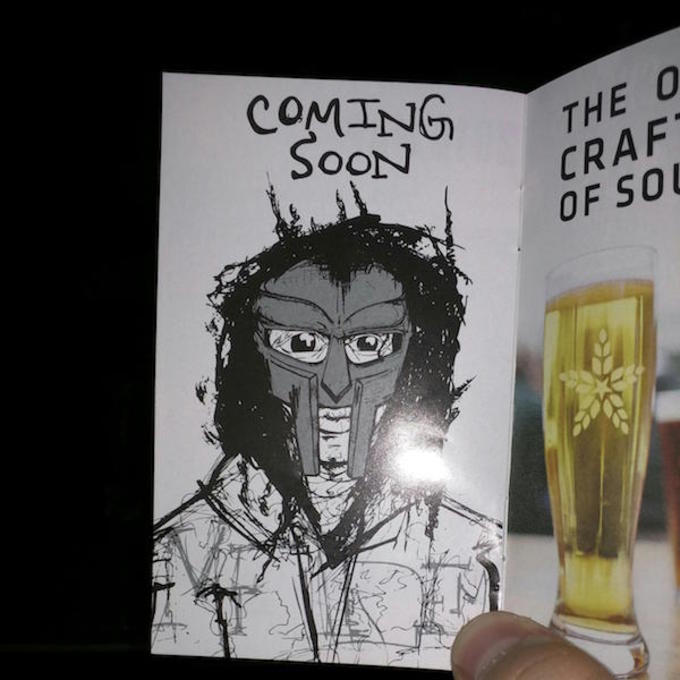 MF Doom hasn’t released a new album since 2014: NehruvianDoom, a collaborative effort with Bishop Nehru. Now, it appears that he is readying a new joint effort with Rhymesayers rapper Dem Atlas.

Reddit user diablodow posted a photo of a booklet he received from Rhymesayers at the Soundset festival that features an image, captioned “COMING SOON,” which appears to be a mash-up of MF Doom and Dem Atlas, with the dreadlocked Dem Atlas wearing MF Doom’s signature mask. It also appears that the project will be titled MF Dem, as that is (not-so-legibly) written on the shirt of the illustration.

During a recent appearance on Sway in the Morning, Dem Atlas mentioned that he has a new project that should be released over the summer, and it now seems like this could be it.

Watch Dem Atlas’ guest spot on Sway in the Morning below.