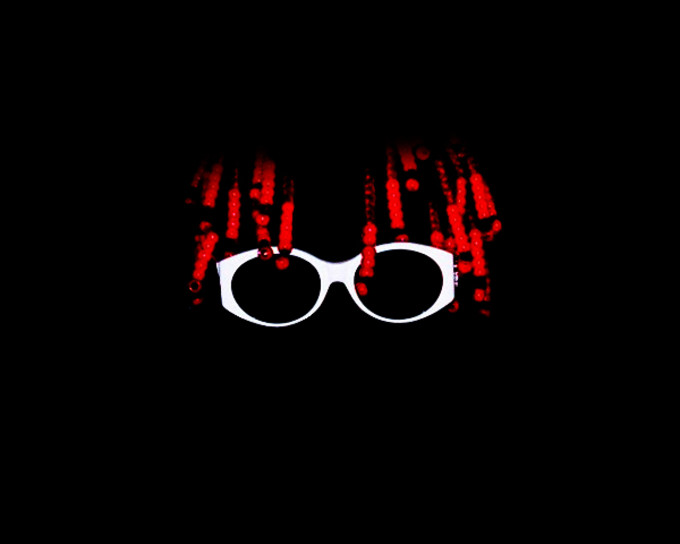 I don’t remember when I listened to Lil Yachty for the first time, but I remember that I didn’t like what I heard. I moved on quickly, dismissing Yachty as a well-branded novelty act with a look, sound, and youthful aesthetic that appeals to a high percentage of hype beasts under the age of 21. I thought the rapping was basic, the repetitive melodies felt disposable, and the off-pitch singing was obnoxious.

Talking to Complex during SXSW this year, the 18-year-old Atlanta rapper described his music as “bubblegum trap.” It’s got deep bass, pattering hi-hats, and some of the defining characteristics of the current trap sound from Atlanta, but there’s a playful element that doesn’t exist in most trap music. A lot of that has to do with producer Burberry Perry, who Yachty credits as the one who helped him build his unique sonic style by providing colorful, uncomplicated beats.

Most of the credit goes to Yachty himself. He’s not going to impress hip-hop heads looking for technical skill, but he’s unusually charismatic, and he’s got the uncanny ability to make even the simplest lines sound cool. On Chance The Rapper’s song “Mixtape,” Yachty raps after Chance and Young Thug and somehow manages to steal the show. His verse touches on topics ranging from haters to his decision to drop out of college, but it all starts with one of the simplest and best opening lines of 2016: “Am I the only one who still care about cover art?”

Of all the rappers swearing by the free mixtape release strategy, there is no artist more aware of the importance of branding than Lil Yachty. In 2016, success is about more than just good music, and Yachty knows this. Everything, from his social media interactions to his videos, is impeccably on-brand. The cover art for his 2016 breakthrough mixtape Lil Boat is perfect.

The fact that Yachty is blowing up is no accident. He started taking music seriously less than two years ago, but once he decided he wanted to make a career of it, he formed a plan. A lot of new fans know him from the internet, because he’s highly interactive on social media and releases his music with minimal barriers to entry. But for Yachty, it started locally. “You gotta take over your city before you take over the world,” he explained in an interview early in 2016. “Make a name for yourself in your city. Once I did that, and locked in Atlanta, everybody knew who I was. It was so easy, because you’ve already got your support system in your city.”

Lil Yachty’s not going to impress hip-hop heads looking for technical skill, but he’s unusually charismatic, and he’s got the uncanny ability to make even the simplest lines sound cool.

In early 2016, Yachty’s most popular song “1Night” was taking off, becoming the soundtrack for viral Vines and racking up millions of plays on SoundCloud, the only place where it officially existed (it’s now on Spotify and Apple Music, too). A local DJ played the music for Coach K—a veteran of the music industry and Atlanta staple who’s worked closely with Young Jeezy, Gucci Mane, and Migos—and he heard something special right away and took Lil Yachty under his wing. Since then, Yachty has performed at New York’s Museum of Modern Art, shut down a block in SoHo when he did a pop-up show at the VFILES store, and appeared on CNN to talk about politics. Coach K didn’t build Yachty’s brand or manufacture an image, but he amplified the shit out of it. If you like hip-hop music and have the internet, you’ve heard of Lil Yachty by now.

But being omnipresent isn’t always an advantage in an internet-driven music world. Music streaming has shrunken the attention spans of heavy consumers, and we move on quickly. It’s not uncommon to see young artists blow up off one or two hits and a unique twist on what’s hot, but if it happens before they’ve got a solid base of loyal fans, there’s a good chance it will prove to be too much too fast. When the momentum slows down, it’s hard to regain because there’s so much other music at our fingertips, and there’s always something new to get excited about. It seems like every few months there’s another Atlanta rapper on the rise.

Lil Yachty’s debut mixtape Lil Boat blasted him to a new level of hype in March of 2016, and I still wasn’t a fan, but I was interested. I started asking around, seeing what my friends thought of Yachty, and I quickly learned that either you’re 100% down with Lil Yachty or you think he’s trash. Polarizing figures breed passionate fans, and it’s fun to like an artist that some people hate. Defending your niche interests makes you more dedicated—Lil B’s fans are so fiercely protective that they’re known as the Task Force.

A couple of those friends made good cases, pointing out what they liked about Lil Yachty and convincing me that he was worth paying attention to. I vowed to approach with open ears the next time his name popped up.

I don’t remember the first time I heard Lil Yachty, but I remember when I first liked it. The next time Lil Yachty’s name popped up was on D.R.A.M.’s “Broccoli,” a song that almost immediately became one of my favorites of the year. The celebratory, piano-laden J-Gramm beat is a little different from Yachty’s typical left-of-center production choices, but his casual delivery sits atop it perfectly and acts as an alley-oop for D.R.A.M.’s terrific second verse. “Hey lil mama would you like to be my sunshine?” Yachty raps, showing some charm before taking a sharp turn with the very next line: “N***a touch my gang we gon’ turn this shit to Columbine.”

There’s a stigma attached to changing your mind about an artist, or hopping on the bandwagon after something has already taken off. But the truth is, sometimes it takes a few listens for an artist to click.

Since then, Yachty has had standout features on two of the strongest songs from two of the year’s best projects with his appearances on Post Malone’s “Monta” and Chance The Rapper’s “Mixtape.” These two songs, along with “Broccoli,” have me thinking I need to go back and spend more time with Lil Boat. They’ve also got me thinking that I may need to think a little harder the next time someone asks me if I’m a Lil Yachty fan.

There’s a stigma attached to changing your mind about an artist, or hopping on the bandwagon after something has already taken off. But the truth is, sometimes it takes a few listens for an artist to click, especially when that artist isn’t what you’re used to. Back when people had to buy CDs to hear music, they were far more likely to spend time with it, since they already spent money on it. Now, it’s too easy to give up after one listen and keep things moving, and it’s tempting to dismiss overhyped artists. But most of the time, there’s a reason why an artist is overhyped in the first place. Give them a shot—maybe it’s just not for you, but maybe you’ll hear what others are hearing. It’s way more fun being a fan than a hater.