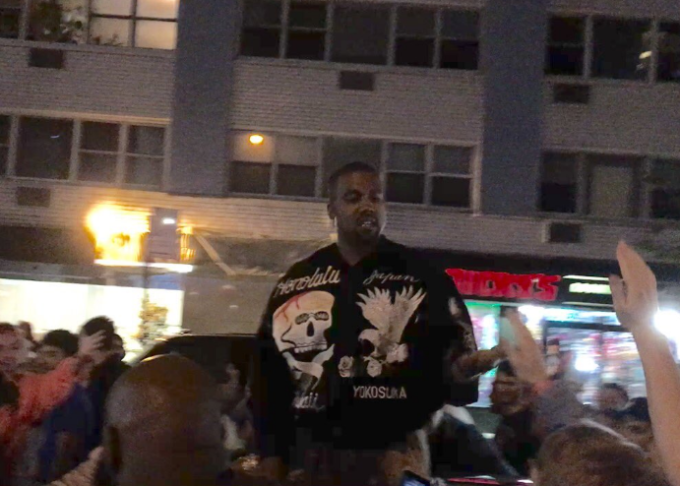 On Sunday afternoon, Governors Ball cancelled the third day of their New York City festival due to weather, and soon after, rumors started spreading that Kanye West would do something in the city to make up for his cancelled set. After he and the G.O.O.D. Music crew performed at Hot 97’s Summer Jam, it was announced that a surprise show would go down at 2 a.m. at Webster Hall in the East Village.

Within the hour, thousands of people flooded the streets surrounding the venue, which holds around 1,500 people. The entire block was barricaded by police, and fans waited impatiently, climbing on cars, chanting “YEEZUS,” and speculating.

Shortly after 2 a.m., security announced that there would be no show. Kanye showed up in a car with Kim and Travis Scott, greeting fans as he hung out of the sunroof, but he was forced to leave, and as of 3 a.m., there still hasn’t been a show. Kim Kardashian announced that there will be no performance tonight, despite Kanye’s best efforts to find a place.

See how it all played out below.