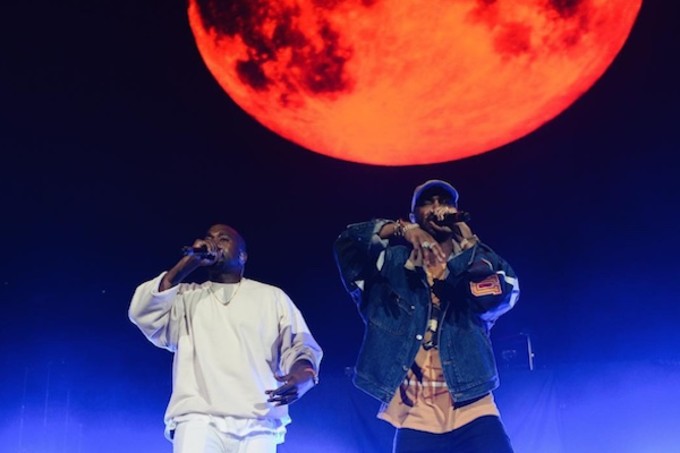 During Big Sean’s set at Power 106’s annual Powerhouse concert in Los Angeles last night, Kanye West made a surprise appearance to help Big Sean perform a few songs on which the two previously collaborated: “Mercy” and “I Don’t Like” from Cruel Summer, and the just-shared song from the upcoming Cruel Winter release, which has a working title of “Champions.”

The song may not even be entirely finished, par for the course for Kanye. He revealed the song yesterday morning on Big Boy’s radio show and said, “We might mix it a couple more times before we release it for sale.” During Big Sean’s set, Kanye also performed “Famous” and “Father Stretch My Hands Pt. 1.,” both from The Life of Pablo.

Watch footage from Kanye’s appearance, and listen to the current studio version of “Champions,” below.