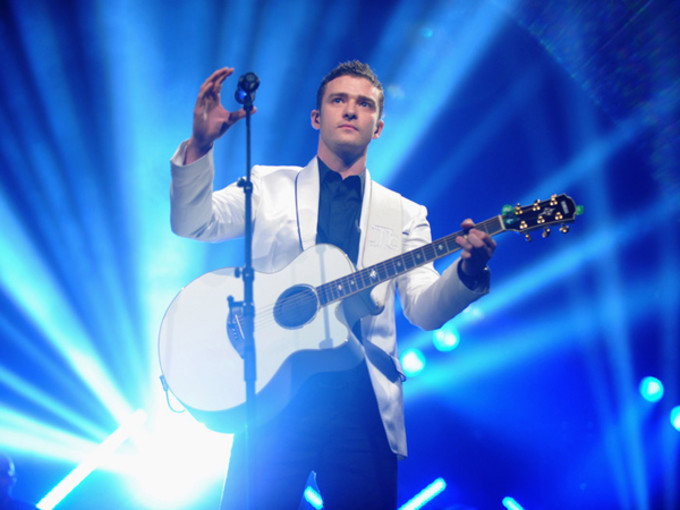 Last night at the BET Awards, Grey’s Anatomy actor Jesse Williams delivered a powerful speech about race, cultural appropriation, and what it means to be free.

“We’re done watching and waiting,” Williams said, “while this invention called whiteness uses and abuses us, burying black people out of sight and out of mind while extracting our culture, our dollars, our entertainment like oil—black gold, ghettoizing and demeaning our creations then stealing them, gentrifying our genius and then trying us on like costumes before discarding our bodies like rinds of strange fruit. The thing is though… just because we’re magic doesn’t mean we’re not real.”

After the speech, Justin Timberlake tweeted “@iJesseWilliams tho… #inspired” and a follower called him out for appropriation and asked when he’d apologize to Janet (for the Super Bowl incident in 2004). 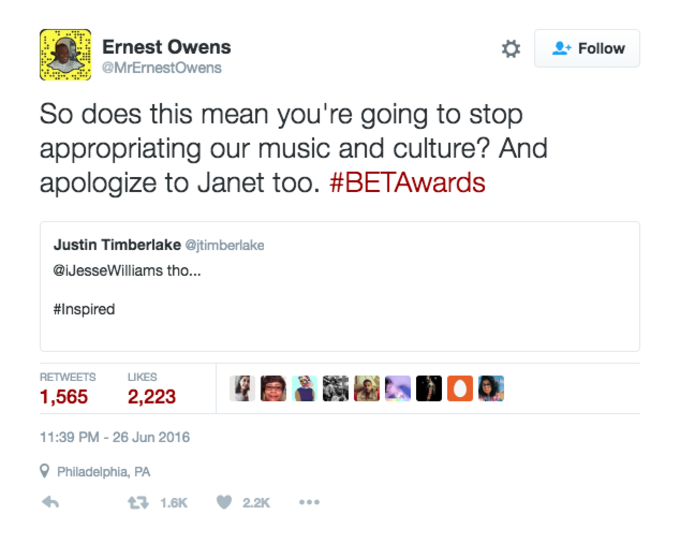 Timberlake responded, “Oh, you sweet soul. The more you realize that we are the same, the more we can have a conversation. Bye.” This caused even more of a backlash. 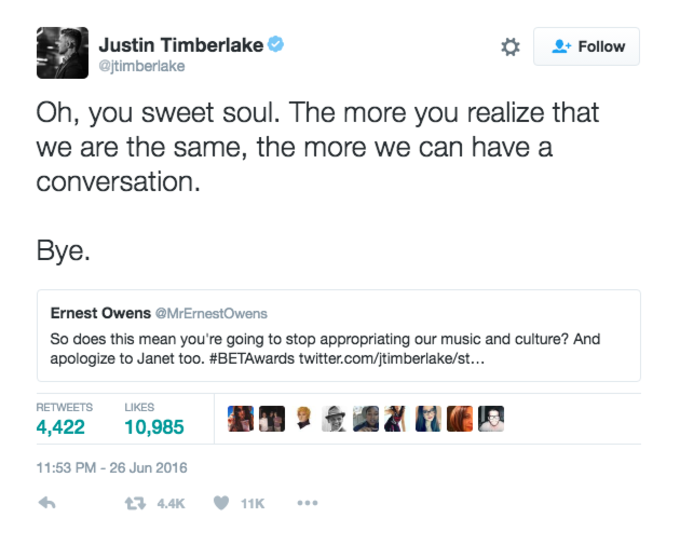 After seeing all the responses, Justin issued an apology, saying that he feels misunderstood and that he shouldn’t have responded in the first place. “I was truly inspired by Jesse Williams’ speech because I really do feel that we are all one… A human race,” he explained. “I apologize to anyone that felt I was out of turn.” 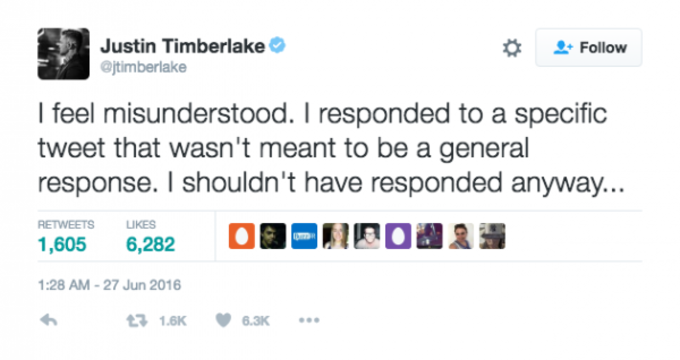 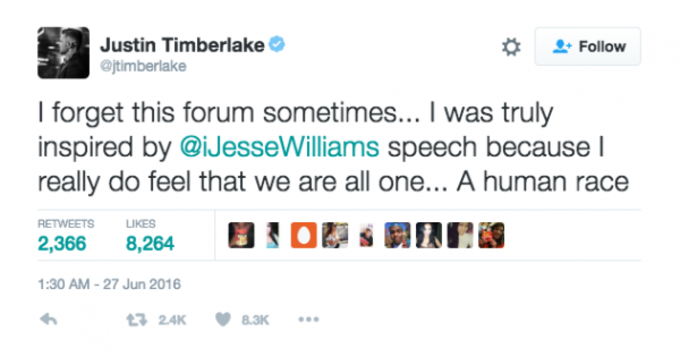 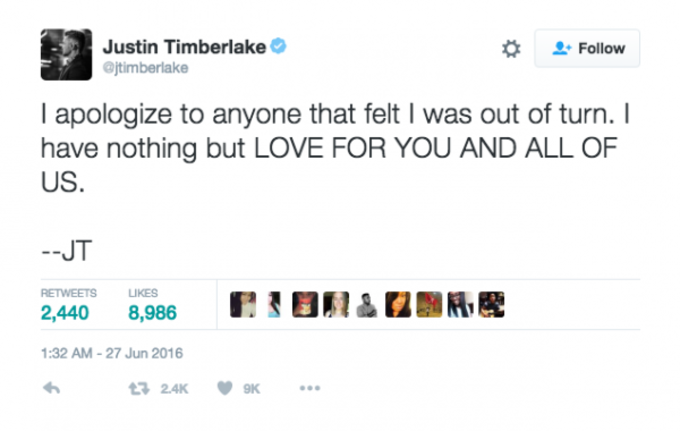